The COVID-19 pandemic wasn’t good for anyone but one of the sectors that bloomed perfectly during the pandemic is the community of content creators. Be it gamers, or commentators, dancers, everyone got their desired audience. Streamers had a very good response especially the ones who do a lot of mobile gaming and for that, the best way is to have the best Android emulators for Windows.

Windows is one of the most famous and used OS and a lot of people use it for their work. Streamers do all the streaming through their computers as it is easy and those who stream mobile games know the value of good Android emulators for Windows OS.

For that reason, we have prepared the list of the best Android Emulators for Windows that you can use to do a lot of stuff on your Windows PC.

What is an Android Emulator?

Before we begin with our list, some of the curious minds must want to know about emulators first. You see the word emulator comes from “emulate” which means to match or imitate. So when we think of an Android emulator, it is a whole replica of the Android OS that is optimized in form of an app that can create the Android environment on your PC. That means that with an emulator, you can easily do everything that you do on your smartphones like play games, edit a video or photo.

Overall, Emulators have proven to be a game-changer, there are a lot of good emulators that are being developed by huge teams of developers and in this article, we are going to show you the list of the top 5 best Android emulators for Windows that are available right now.

If you are a gamer, then Nox App Player is easily the best Android emulator for Windows that you can have on your PC.

It is quite compact and can run smoothly even on rigs that do not have very high-end hardware support. It has some good features like keymapping and a lot of other stuff as well. A must-have for gamers.

That includes utilities and additions that are specifically catered to helping gamers. You’ll be able to do things like a game with an actual controller. This includes things like the capacity to assign “swipe right” to, say, an arrow key, and simulate actual gesture movements directly on your keyboard or joystick if you have one. It’s a lot of fun and seems to work rather well most of the time. It’s also entirely free. Don’t pay attention to the lag in the video below. The emulator doesn’t lag like that.

Apart from gaming, another very productive use of an Android emulator is for development. App developers try their apps on the emulators and test for everything.

If you are a developer and looking for a reliable emulator, this one is it and you should definitely try it out as supports Android Studio IDE, you can use it to test your apps. You also get ADB access which is really good. It also has built-in support for cellular functionalities, Wi-Fi, GPS, and other stuff.

You can try out and switch between multiple devices using this app and the best part is that it has both a desktop app and a cloud app too.

Bluestacks is the OG when it comes to the best Android emulators for Windows and it is quite justified as it provides some of the most useful features that you need from an emulator.

Bluestacks is one of the most well-rounded emulators on the list with its main focus on gaming, it can do a lot of other tasks too. So if you are looking for a very reliable and good emulator, this one should be an obvious choice.

However, it has the ability to launch multiple instances so you can play multiple games at once (or the same game multiple times). It also includes keymapping and settings for many games installed. That should help make things much easier. It’s still a bit bloated compared to something like Andy or Remix. However, those wanting to game should probably start here. Those going for productivity may want something a little leaner.

This emulator is very specifically for people who are into app/game development and won’t appeal to the normal audience. Android Studio is the default development resource(IDE) for Android.

Developers can run, test their apps for various form factors and different Android versions, interestingly you can even try apps and games for foldable smartphones too. So this is a developer’s treat.

Android Studio is the Google-approved development IDE for Android. It comes with a bunch of tools to help developers make apps and games specifically for Android. As it turns out, there is also a built-in emulator that you can use to test out your app or game. Clearly, this is not a good option for those looking to use it at a consumer level.

However, those developing apps do already have a powerful (and free) tool at their disposal to help test their apps. It’s a pain in the neck to set up, but it’s easier to use once you do.

MEmu is another very versatile and fun emulator to have on your system. It supports both Intel and AMD chipsets which is the ISP from MEmu. You can have Android Jelly Bean, KitKat, and Lollipop. You can also run them simultaneously for gaming and testing.

This is also specific to gamers but works just fine with the developer’s community too so if you are looking for a good well-rounded emulator, MEmu might be the one for you.

So these were some of the best Android emulators for Windows that you can try in 2022. Do try and let us know which one worked the best for you. 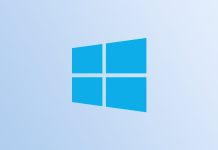 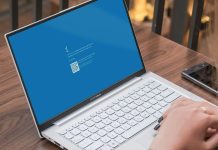