CES is an annual trade show put on by the Consumer Technology Association. It’s one of the biggest tech trade shows in the world with over 170,000 people in attendance. Companies big and small attend the trade show every year, showing off the latest and greatest products they have to offer. It takes place from Tuesday, January 9 and Friday, January 12, 2018.

Like every year, CES 2018 is being held at the Las Vegas Convention Center in Las Vegas, Nevada. This year, we’ve seen devices from just about every segment of the technology world, including drones, audio, IoT/smart home, AR/VR, vehicles, and more. We don’t usually see too many smartphones being shown off at CES, at least compared to MWC and IFA.

Most of the major companies including Samsung, LG, ASUS, Sony, Huawei, and others. We’ve been covering the trade show in depth over the past week, and here we’ve rounded up some of the biggest, best, and most innovative products shown off this week.

Huawei definitely had the most interesting showcase at CES this year.

The company was expected to announce a carrier partnership with AT&T to sell the Mate 10 Pro in the United States, but AT&T pulled out of the deal a few days before the show. So, instead of announcing the big partnership, Huawei announced that it would bring the device to the U.S. through Best Buy, Amazon, and other retail channels for $799. The phone will be available on Feb. 18, with pre-orders beginning Feb. 4.

The Porsche Design Mate 10 will also be available unlocked on February 18 for $1,225. The luxury device will be sold via Amazon, Best Buy, Microsoft, and Porsche Design stores in the U.S.

During his keynote at CES, CEO Richard Yu commented on the failed deal:

Everybody knows that in the US market that over 90 percent of smartphones are sold by carrier channels. [The canceled deal is] a big loss for us, and also for carriers, but the more big loss is for consumers, because consumers don’t have the best choice.

Without going into too many details, Yu addressed concerns over its security on stage, stating that Huawei had already won the trust of carriers in China, Japan, Europe, and emerging markets. “We are serving over 70 million people worldwide,” he said. “We’ve proved our quality, we’ve proved our privacy and security protection.”

Honor didn’t have any new smartphones to show off at CES this year, but the company did announce expanded availability for two of its devices.

For starters, Honor revealed a new red color option of the Honor 7X that it will sell in the United States beginning Valentine’s Day (February 14). The phone will be sold in the U.S., Russia, India, and Western Europe. We expect it to sell out quickly, however, as Honor has produced just 20,000 units. If you would like to try your luck, Honor is also including red co-branded Honor-Monster AM15 headphones for the first 100 buyers in each country.

The company also announced that the View 10 will make its way overseas January 8. The device is already available for purchase in China, and it’s coming to the U.K. (£449.99), France, Germany (€499.90), Italy, Spain (€499.00), and India on Monday, January 8. It will also be available in Malaysia and Russia later in January. It’s also coming to the U.S., though pricing and availability information has yet to be revealed. 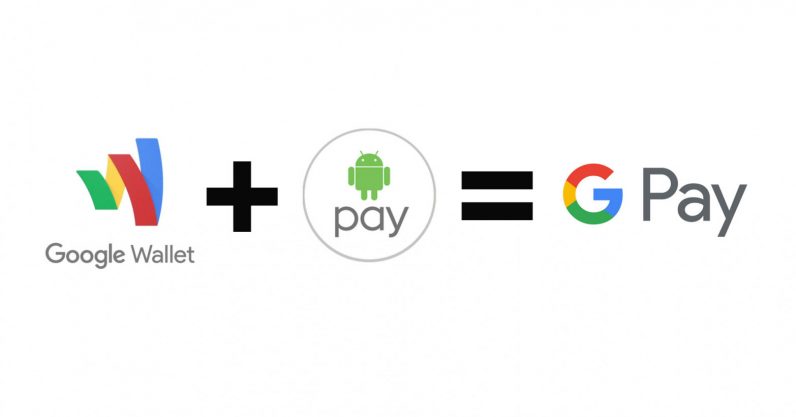 Google Wallet first launched way back in 2011, and was the company’s de facto mobile payment service until the launch of Android Pay in 2015. From then on, Android Pay would be used for all online and real-world payments, while Google Wallet shifted to a person-to-person payment system.

Google announced this week the merger of two of its payment services — Android Pay and Google Wallet — into one service — Google Pay.  This is pretty forward thinking from the company that maintains four separate …

But that’s confusing. Why have two payment services when you could just have one? Google’s finally catching on, announcing the combination of its two mobile payment platforms.

Google Pay is the company’s new payment branding, combining all the features of Android Pay and Google Wallet into one easy-to-understand platform. Google is already starting to rebrand its legacy payment services, and it says we’ll learn more about its mobile payment plans in the near future.

Google seems to finally understand mobile payments. Now all it needs to do is figure out its long list of messaging apps.

ASUS announced one of the coolest products at CES this year: the ROG PG65 gaming display with Android TV. This is a 65-inch 4K G-Sync Android TV with 120 Hz refresh rates, ultra-low latency and a built-in NVIDIA Shield. It also supports HDR content with Quantum Dot Technology and peak brightness of 1,000 nits. The real innovation here — as obvious as it seems in hindsight — is combining a large format smart TV with a high-performance gaming monitor. The price will no doubt be high when it goes on sale, but considering it means you won’t need a gaming monitor and a smart TV, it may end up seeming reasonable.

If you’ve been waiting to grab the KEYone in a different color, now you can. The company announced a Bronze Edition of the BlackBerry KEYone, complete with 4 GB of RAM and 64 GB of storage.

BlackBerry also revealed that the Motion will be making its way to the United States soon. It’s now up for pre-order on Amazon for $450.

That’s not all— BlackBerry’s senior vice president and general manager of mobility solutions Alex Thurber stated that customers can expect to see at least two new BlackBerry smartphones in 2018.

Under-glass fingerprint sensors were always going to be the “it” spec of 2018, but trying one out for the first time was even more fun than we had imagined. Vivo revealed an as-yet-unnamed phone with the Synaptics FS9500 Clear ID optical sensor embedded between the glass layer and OLED panel. According to Synaptics, it’s in full production and able to be implemented in any OLED display, so expect to see a lot more of them soon.

It is noticeably slower than current capacitive sensors but the slight delay is not so noticeable when you’re unlocking your phone through the screen. Synaptics assures us Clear ID is just as secure as current capacitive sensors, but we’ll have to wait to get the phone in hand to fully test it out in a variety of conditions. Regardless of the speed, in-display finger scanners are finally here.

Alcatel brings premium design elements to its new smartphone lineup for 2018. Its phones span three different lines at different price tiers, but even the most premium of the bunch will come under $300. Alcatel is also employing the engineering of top television manufacturer TCL, who will be providing the screens for each device.

The 1 Series is the entry level line at sub-$100 and sports a fingerprint reader and an 18:9 aspect ratio screen, which all of the phones share. That screen is made much bigger in the 3 Series, where the large canvas is also promised to be “high-resolution.” Finally, the 5 is the most premium feeling phone that has the most minimal bezels and features dual front facing cameras for better selfies.

Another first at CES is Lenovo’s Mirage Solo standalone Daydream VR headset. The fully-equipped headset powered by the Snapdragon 835 has 4 GB of RAM, microSD expansion, a Daydream controller, seven hours of battery life, and “six degrees of freedom” — all without cables or a smartphone.

By placing more of the weight on your forehead, with the goggle section just resting against your face via a hinge above the head strap, the Mirage Solo already feels more comfortable than most smaller VR headsets. Lenovo is tentatively pricing it at “under $400” but we’ll have to wait a little longer to see just how affordable truly untethered VR is going to be. It’ll go on sale in Q2, 2018.

One of the coolest announcements anywhere at CES was Razer’s latest successful attention-grabber, Project Linda. Considering the insane specs of the Razer Phone, creating a laptop dock for it isn’t as crazy as most of the other laptop and tablet docks we’ve seen. Simply pop your Razer Phone into the trackpad area and use it to power the laptop as well.

There’s no saying if Project Linda is really destined for a consumer release – or how much it might cost – but it’s one of the most well-considered prototypes at the show. Not only is it very well machined, it also includes clever tidbits like acting as a giant 53 Wh external battery for your phone and packing a 120 Hz display for gaming. Just how practical a laptop that needs a smartphone to power it is we’ll have to wait and see, but it’s hard not to get excited by a prototype like Project Linda.

Sony didn’t have any new flagship phones at CES 2018, but it did deliver on the entry-level and mid-range fronts. The Xperia L2 – if it’s priced competitively – could be an enticing option for the budget-conscious.

In the mid-range, the Xperia XA2 and XA2 Ultra deliver a truly bezel-less experience – but only on the sides. The top and bottom bezels are still chunky and outdated-looking, but there’s a new design going on at the top, bottom and rear. The XA2 and XA2 Ultra are full metal designs with rear-mounted fingerprint scanners.

The rest is pretty familiar Sony: a 23 MP primary camera on the back of both phones and a wide-angle 8 MP front-facing camera on the XA2. The XA2 Ultra gets a twin front-facing pair: an 8 MP 120-degree wide angle shooter and a secondary 16 MP camera with OIS and flash. The Snapdragon 630 chipset is backed up by 3 GB of RAM on the XA2 and 4 GB of RAM on the XA2 Ultra, with a 3,300 mAh and 3,580 mAh battery respectively. Both ship with Android Oreo.

The company also recently unveiled two new Chromebooks, the Chromebook 11 G6 and the Chromebook 14 G5. Apart from having somewhat confusing names, both Chromebooks are aimed at the education and enterprise markets, but they’re perfectly serviceable machines for everyday use. That is thanks to their jump to 7th generation Intel Celeron N processors. Folks have the option of sticking with the base dual-core N3350 or the quad-core N3450, with RAM going up to 8 GB.

Regardless of the processor and RAM choice, the Chromebook 11 G6 and Chromebook 14 G5 make do with Intel HD Graphics 500. The smaller Chromebook features MIL-STD 810G protection, so it should stand up well to drops and extreme conditions. Even with the added protection, you can equip both Chromebooks with up to 64GB of internal storage, but from the looks of it, they also feature microSD card slots.

As expected, Google Assistant was in tons of new products this year. Here are some of our favorites.

As always, wearables played a big part at CES 2018. There are plenty to list here, so let’s get started.

First up is Skagen, one of the many brands under Fossil. Skagen released its first Android Wear smartwatch at CES this year, and it’s gorgeous. It’s not the most feature-packed device on the market, but it certainly makes up for that with its minimalist, classy looks.

Misfit unveiled a new hybrid smartwatch this week. The Misfit Path is a sleek and minimal analog watch with plenty of smart features like smartphone notifications, silent alarms, and more.

Kate Spade, another one of Fossil’s brands, launched its first smartwatch this week. Powered by Android Wear, this watch lets you customize your watch face to match your outfit.