iPhone 12 is one of the hot topics right now and we have too many leaks and stuff coming in from many directions. Now, one of the things that is almost certain is the flat edges for the new iPhone 12. This is also confirmed as leaked molds and CAD renders of iPhone 12 shows flat edges.

Molds and CAD Renders of iPhone 12

The iPhone 12 is said to have flat edges like the old iPhones and the new iPad Pro, JinStore who is the owner of an Apple reseller business in New Zealand took his twitter account and showed molds and CAD renders of iPhone 12.

In the first tweet, the user shared a number of images that show the iPhone 12 molds, and these images are in line with the previous rumors that confirm the flat edge design for iPhone 12. Also, we can expect three size variants, the 5.4-inches, 6.1-inches, and 6.7 inches.

The second tweet shows a set of CAD renders of the iPhone 12 which are also in line with the previous rumors and in the side, you can also see the new antenna section that is said to keep the 5G modem and all of that stuff.

These Molds and CAD renders of iPhone 12 confirms further that Apple is likely to go with the flat-edge design for the upcoming iPhone lineup. The launch event will be interesting to see.

iPhone 12 Launch on Track, Production to Begin in July to Meet the Planned Release Date 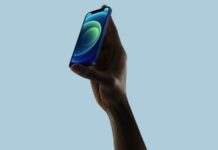 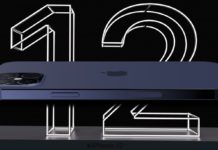 New Leak Suggest the iPhone 12 Will Launch in October