One thing that is most used nowadays is a smartphone. Literally, everyone has it and in the current time is using it more than ever. With smartphones, the numbers of myths associated with them are also as high as the number of smartphones being used worldwide. Here are some of the smartphone myths that you must have come across and should stop believing them now.

Myth:- You may have faced this one whenever you are considering to buy a new smartphone and ask people about their opinions, many of them say that go for bigger RAM like 6 GB or 8 GB if you want better performance.

Truth:- This is not entirely true, for sure more it is better to have greater RAM but one should always select the RAM size according to his/her needs. Having more RAM means that you can use more apps at the same time as you can minimize more apps and they can easily run in the background so when you open the app, it does not restart from the beginning. For good performance even 4-6 GB of RAM is sufficient. It is wastage of money to pay for more RAM if you do not even use it.

Turn Off WiFi and Bluetooth when not in use

Myth:- Many of your friends must have advised you to keep your WiFi and Bluetooth of when not in use as it will drain all your battery.

Truth:- Keeping your WiFi and Bluetooth always only have a nominal impact on the battery because Smartphone radios these days are very smartly designed and are capable for effective usage and lower their battery consumption by themselves only when not in use. The disadvantage of keeping your WiFi and Bluetooth off is that you will have to turn it on every time you need them.

Charging from Power Bank is bad

Myth:- If you charge your phone with the power bank your battery health will be affected

Truth:- This is for sure one of the most ridiculous myths that you may have come across. Power banks have the same output as a normal charging adapter. The only thing happens is that you charge your phone with power bank and use it and it gets discharged. However, it is very important to use a good quality power bank.

Myth:- Your Smartphone must always be updated with the latest software and OS updates for an optimum performance

Myth:- Many of the clever dudes think that putting their phone to airplane mode or throwing away the sim card will make it impossible to track down.

Truth:-  Every Smartphone device has its own identifiers which can be used to track down a smartphone and if your device is already hacked by someone for tracking, even if you switch your phone off you can be tracked down as it will appear that your phone is shut down but it will not be switched off completely. The only way to escape from being tracked down is to switch off your phone and throw away the battery or in case if it’s a non-removable battery then use Anti-Tracking Pouch and keep your smartphone in it.

Myth:- If you download something from Play Store or App Store then it is always genuine.

Truth:- This is not entirely true as both of these platforms have millions of apps and it is hard to monitor all of them even by the time a fault or problem or malware is detected in an app, chances are that the app would have affected thousands of users already. So always see the app permissions, developers and for most of the time just avoid unknown apps.

Myth:- You may have come across many WhatsApp links forwarded to you of free giveaways, lotteries or secret messages and you click on them thinking that it is safe. 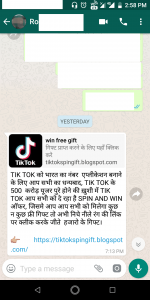 Truth:- These links are just some tricks by people to get more clicks on their sites and by just clicking on them chances are that something fishy automatically installs on your device in the background without your knowledge. Just say NO to these forwards and links as they use senseless baits for clicks.

Myth:- Your phone charges faster if you put it on airplane mode.

Truth:- There is just a nominal change in the charging rate of any smartphone when it is put to airplane mode. It is not a good idea as you can not use your smartphone for any communication at all. The best way to charge your device is to switch it off, it will charge much faster.

Truth:- This is one of the most shameful tactics used by some people and organizations to get some likes and shares and engagement on their pages and posts. Using someone’s disabilities or pain for likes is shameful and we shall stop sharing such posts. People think that they are helping by sharing such posts but Facebook or any organization does not pay any money for likes and shares on the posts of victims.

Must Install Cleaning Apps and Antivirus on Your Smartphone for Safety

Myth:- You are advised by many to install a cleaning app and an antivirus for the safety of your smartphone

Truth:- This is also one of the most ineffective myths of all time as Cleaning Apps not only makes all Applications by taking a lot of resources from hardware and software of the smartphone but also take space on system’s memory, instead the user can manually clear cache and miscellaneous storage for faster performance. Cleaning apps are also full of spam ware and force you to install third-party apps all the time. Antiviruses aren’t much of a smartphone thing as most of the malware and bugs are fixed by security updates of the phone.

These were some of the myths that I knew. Have you come across any other myths??