With smart TVs becoming quite affordable and easily available internet, cable TV subscription is a dying industry. That is because one can easily install some apps to watch Live TV and TV shows.

In this article, I am going to list down some of the best apps to watch Live TV and TV shows on any of your devices.

JioTV is an OTT platform made exclusively for Jio SIM users. Considering pretty much every family has at least one Jio SIM in the house, JioTV is a great service. It has some great features including a recording feature that allows you to watch a program later.

It contains over 600+ channels with both HD and non-HD content. With JioTV, you get all the essential TV channels like Colors, ZeeTV, Sony SAB, Zee Cinema, Sony Six, NDTV, News18, MTV, 9xM, and B4U. Along with that, you also get many infotainment, business, and kids channels.

Airtel Xstream which was known as Airtel TV is also one of the best apps to watch live TV and TV shows. It contains over 380 live TV channels. Not only that, this app brings you a ton of content from other OTT platforms like ALT Balaji, Hooq, Sony Liv, etc.

As of now, Airtel Xstream is exclusive to Airtel customers and it has all of your famous TV channels including ZeeTV, Sony SAB, NDTV India, ET Now, TLC, Movies Now, Sony Ten, Discovery, etc.

If you are a sports fan, Disney+ Hotstar is a must-have subscription for you. It contains a ton of TV shows that are exclusive to Star India and it also lives broadcasts IPL, Wimbledon, and other popular sports events.

You can watch a lot of TV shows for free with ad support on this platform. The service gives you access to the content of channels like Star Plus, HBO, Life OK, Star Sports, Fox Life, National Geographic, etc. With a subscription, you get access to Hotstar Originals, Disney+, and a lot of foreign content including Game of Thrones, Chernobyl, etc.

Sony Liv is another great app if you are into sports. It allows you to watch a lot of sports events like La Liga, NBA, FIFA WC, UFC, etc with a 5 min delay. The app works on an ad-revenue model and you can also get a subscription to get rid of ads.

Overall, the app is not that refined and it is irritating to use sometimes. However, it is one of the best apps to watch live TV. The app allows you to watch all the Sony channels for free.

Everyone knows about Netflix, right? It is easily one of the best OTT platforms ever. It is not exactly a Live TV service but the content on the platform compensates for it.

There are literally tons of shows satisfying everyone’s needs. From thrillers to animes and documentaries to TV shows, Netflix has them all. If you are into high-quality shows and movies, Netflix is the way forward.

YouTube TV is a great OTT service exclusive to the US. It is a very popular service in the US as it has ABC, CBS, The CW, Fox, NBC, and other networks.

YouTube TV comes with Cloud DVR without DVR storage space limits. The app offers about 60 channels from the US. So if you are in the US, this is one of the best apps to watch live TV.

If you are into Indian dramas and movies, YuppTV is a great choice for you. YuppTV comes with over 200 live Indian TV channels. The app offers you 7 days catch-up on shows. The great thing about YuppTV is that it supports local languages like Hindi, Tamil, Telugu, Malayalam, Kannada, Punjabi, Marathi, Bengali, Urdu, and Gujarati.

Fubo TV is a TV service that is focused mainly on live sports. If you are a sports enthusiast then this is one of the best apps for you. You can watch NFL, MLB, NBA, MLS, and international soccer on this TV.

However, that is not just everything to it. The service has a decent catalog including news channels, network television series, and movies.

Hulu is another great option to watch live TV and TV shows if you live in the US. Prior to 2017, Hulu just hosted some TV shows but now it is a live TV service.

It is a hybrid containing both live TV channels and TV shows in one place. This platform contains over 300+ TV channels ranging from regional, news, comedy, TV shows, etc. The availability of content depends on your subscription price but it is a great platform for TV shows.

nexGTv is one of the most popular apps to watch live TV in India. The app contains over 140 Indian TV channels ranging in different genres like news, sports, movies, etc.

The app gives you a lot of playback controls and features like data saving, picture-in-picture mode, etc. Most of the TV channels are free but you can get high-quality ones with a subscription. It has popular TV channels including B4U Movies, News Nation, India TV, BigFlix, Hollywood Entertainment, etc.

It is a problem for iOS devices to get a good app for live TV. Here, Sling TV is the best choice for iOS users.

With very decent plans, it is a very great service. With a decent number of channels and a lot of customization options, the service is definitely worth trying.

So that is all about the best apps to watch Live TV and TV shows. Some of these apps might not be available in your region but you can bypass the geographical restrictions with a VPN. 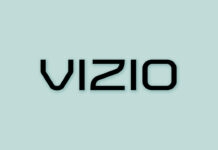 How to Turn On Vizio TV without a Remote? 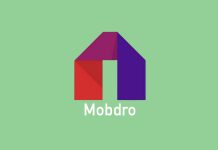 10 Best Mobdro Alternatives to Use 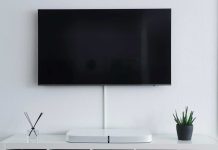 How to Easily Remove Search Marquis from Your macOS?