If you are following up on the news then you might be very well aware that Zoom is in a huge controversy regarding a security breach, data, and privacy vulnerability issues and is banned by majority of the companies. We have already covered the entire controversial developments regarding Zoom. You can read it:

The Story of Zoom: From Getting a Massive Surge in Number of Users to Getting Banned

The incident is reported by BleepingComputer. It says that a security firm called Cyble has actually purchased about 5,30,000 Zoom accounts that were on sale by a hacker on the dark web.

Cyble also said that each user account or data was sold for about as low as 0.20 Cents. The firm claimed that it bought the data to use it and warn its customers about the breach.

Cyble was able to verify that the data sold online was valid after cross checking it with its customers info.

The hackers provided an email address, password, meeting web address and host key, which is a six-digit pin for the user to host a zoom meeting. The host key allows the user to control the meeting, starting and ending the live-conference for everyone.

Some accounts were even offered for free. Cyble first detected all of this on April 1 due to the malicious activities like “Zoom-bombing” that allowed uninvited guests to hack into a Zoom meeting. The user data is likely extracted by data breaches known as “credentials stuffing attacks”.

The hackers compiled successful logins and made a huge list and put them online for sale.

It is very unfortunate that so many users had to compromise on their data because of a lack of security attention by Zoom. However, what we suggest is that you must keep unique passwords for your social media profiles so that hackers can’t break into your other social media handles by using data from a breached social site. 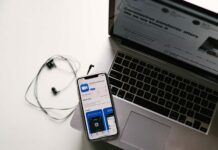 How Much Data Does a Zoom Meeting Use? 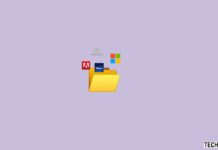 Internal Source Code of More Than 50 Companies Exposed Online Including Microsoft, Adobe, And Others