There are a lot of methods to record voice calls and video calls on smartphones. Many smartphones come with native apps providing this functionality. But what if you want to record WhatsApp video call on Android and iOS?

Also, Read: WhatsApp vs Telegram vs Signal: Time to Switch?

Is There a Native Way?

Well, as of now, WhatsApp does not have a feature to record video calls and voice calls. So one has to use some workarounds to record WhatsApp video calls or audio calls.

What About Legal and Ethical Perspective?

You see, WhatsApp is one of the easiest ways of communication all over the world. Now recording voice calls or video calls may be illegal depending on your region so it is always recommended to check the laws on privacy.

As per ethics, it is always good to ask for consent before recording someone. Not everyone likes to be recorded and it is wrong if the other person doesn’t even know about it.

Bottom line is, always check the laws and take consent from the person on the other end of the call before you record.

How to Record WhatsApp Video Call

All you have to do is make sure that the screen recorder also records the voice. Now to do this task, one of the best screen recorders is AZ Screen Recorder. Here is how to use it to record WhatsApp video call on Android:

Also, Read: How to Schedule Messages in WhatsApp on Android and iOS

Well, it is actually fairly easy to record WhatsApp video call on an iPhone. That is because, with iOS 11, Apple has added an in-built screen recorder.

It is a very useful feature for all users. With the built-in screen recorder, you can skip the extra step of downloading a third-party app. Here is how to record WhatsApp video calls on an iPhone:

That’s it! Now you have your recorded video call conversation.

So that was all about how to record WhatsApp video call on Android and iOS. While the methods are fairly easy, they are not exactly very privacy-friendly.

It is important to respect a person’s privacy, so you should always ask for consent before recording someone on video. Not only that but violating someone’s privacy can also bring some serious legal issues for you. So tread carefully on this on 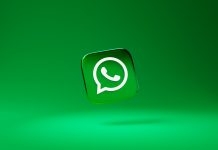 [No Tech-Skills Required] Transfer WhatsApp from Android to iPhone 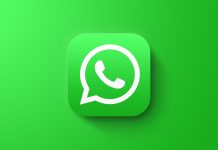 How To Transfer WhatsApp To iPhone From Android? (Free and Paid) 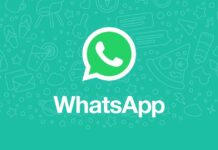 How to Change WhatsApp Font Style?

How to Easily Remove Search Marquis from Your macOS?