According to Activision, “Whether you’re an old Rust pro or you’re playing this map for the first time, we’ve got the strategies for your posse to take over this town“, Rust map is the small multiplayer map, and this increases fantasy of the players because the map is small in size and every time you are very close to your enemies. If you want to know all about the map, so this article is for you my friend, because here we are providing the overview and every detail of the map you should know before getting into the field.

Call of Duty Mobile Rust Map is the small multiplayer map, so you need to be aware of your enemies all the time and this also increases the chance of your success at the same time, because you can kill your enemies fast and easily but for that, you should familiar with the map. 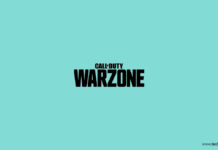