Earlier this month a leakster from China suggested BBK Electronics companies Oppo and Vivo are both going for the pop-up mechanism in their phones in 2019.

Recent reports have suggested that Vivo may launch the successor of Vivo V11 Pro as early as February in India. While some publications have called it Vivo V12 Pro, others have claimed that the company may skip the Vivo V13 Pro moniker since 13 is considered an unlucky number in some nations. Hence, it is speculated that the Vivo V11 Pro’s successor may hit the market as Vivo V15 Pro which will feature a 32 MP pop-up selfie shooter and a rear triple camera setup.

As per a tipster on Weibo, the leaked case belongs to the Vivo V15 Pro, although the exact name of the handset is not yet confirmed. It reveals a lengthy cutout at the back of the case and also reaffirms the pop-up camera report with an opening on the top edge for the motorized camera module.

The images of the Vivo V15 Pro’s case reveals that its top-left corner has an elongated vertical cutout which suggests that it could be equipped with triple rear cameras. There is no fingerprint reader on the backside of the Vivo V15 Pro. Hence, it can be said that the phone will be featuring an in-screen fingerprint scanner like the V11 Pro.

Another new feature is the extra key on the left side of the phone, meaning Vivo could follow Samsung in giving an autonomous button for communicating with your personal assistant Jovi. While we see a wide cutout for the USB charger on the bottom, the hole for 3.5 mm jack is on the top, right next to the noise-canceling mic. We are yet to see any official info about the phone, but such leaks suggest the Vivo V15 Pro will be introduced very soon. 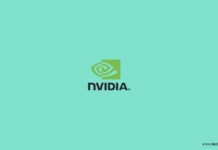 Nvidia Geforce RTX 3080 Specs Leaks and Looks Like This