Realme TV has been spotted many times here and there, In February, it was seen on the BIS certification. Then it was also seen receiving the necessary certifications from Google and Bluetooth SIG platform. The TV also appeared on Realme’s website in India.

The very first thing you will notice straight away is the screen size seen on the retail boxes. It mentions the size of the TV is 108cm or 43-inch. Now this doesn’t mean that there won’t be other screen sizes but it only confirms that there is a 43-inch variant for sure. Interestingly, Bluetooth SIG shows that the Realme TV will also have a 32-inch variant and also a 55-inch variant.

Realme has already been testing the TV before introducing it to the market and now it seems that it is ready for it and they have begun the mass production of the Realme TV. 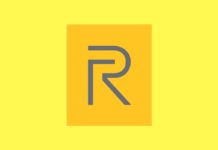 Realme Set to Launch the Realme Smart TV on May 25