WhatsApp is likely to launch the Payments Option on the platform within next week to increase competition for Payment services Apps like Paytm, Google Tez that dominates the e- payment services, e- wallet market. 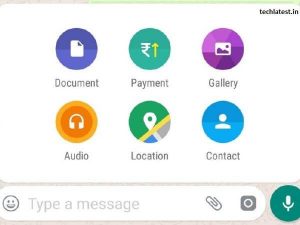 According to a report published in Bloomberg, the Facebook-owned company could roll out its payment service on WhatsApp as early as next week, for which it has partnered with top three private banks in India — HDFC Bank, ICICI Bank and Axis Bank. The country’s largest bank State Bank of India would also join in once all “necessary systems” would be in place.

With WhatsApp’s Active 200 million users that is aleady 20 times higher than Paytm’s daily active users, it already has a huge advantage for it’s Customer base and will also be a little more good for Users as they will have to no longer download several other e-payments apps to do online transactions. It will be interesting to watch the feature.

How to Fix Self-assigned IP Address Error on Mac

How to Cancel AppleCare Coverage?