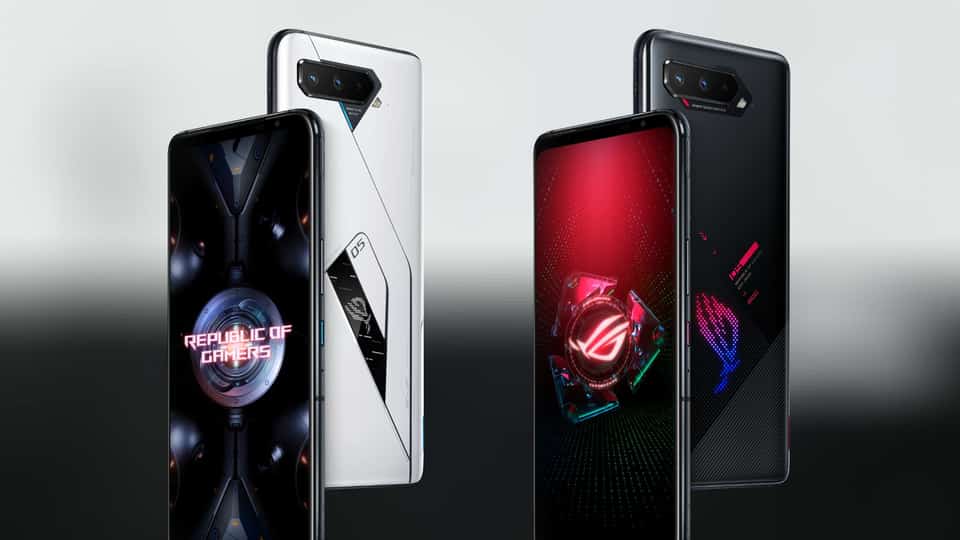 The wait is finally over, Asus has finally unveiled the Asus ROG Phone 5 today. It is the latest addition to one of the best series of gaming phones, the ROG lineup by Asus. Here is all you need to know about the new Asus ROG Phone 5 and everything from the launch event.

Asus ROG Phone 5: All You Need to Know

So the ROG Phone 5 is unveiled via a virtual launch which is kind of a new normal that we are used to now. The launch event opened with how gaming became so popular in 2020 with the whole pandemic and how the ROG products saw a positive response in India. The ROG Phone 5 will be available in India in the first wave of its global release.

As far as the specifications go, the ROG Phone 5 has a 6.8-inch AMOLED display with a refresh rate of 144Hz. It is protected by Gorilla Glass Victus. The new smartphone has Pixelworks i6 visual processor for enhanced quality while playing videos and games in HDR.

The new ROG Phone 5 has a GameFX sound system for audio with dual front-facing stereo speakers. The 3.5mm ESS headphone jack is also present on the new smartphone. There are the AirTrigger 5 on the ROG Phone 5 that are ultrasonic and customizable, with motion control.

On the back, you can see the ROG logo at the lower-back with different RGB that can be customized for notifications too. There are two color variants, black and white.

It is powered by Snapdragon 888 5G chipset clocked at 2.84GHz. It can support gaming up to 144 fps. The smartphone has up to 256GB of fast UFS 3.1 storage. It has up to 12GB of RAM. The smartphone has a new cooling system consisting of a 3D vapor chamber and graphite sheet to deliver flawless performance while gaming. There is also a cooling accessory called the AeroActive 5 cooler to give more cooling to the phone.

The smartphone has a 6000mAh battery divided into two modules of 3000mAh each with a 30-Watt HyperCharge charger out of the box. It supports up to 65-Watt fast charging. It has two USB Type-C ports for charging and adding accessories. There are different gaming modes for different gaming performances.

The camera module is the same as the Zenfone 7 Pro. It is a triple-camera module with a 64-megapixel Sony IMX 686 sensor, an ultrawide lens, and a macro lens. On the front, you have a 32-megapixel selfie camera.

Then there are new accessories that can clap on your ROG Phone 5. These accessories include the new Aeroactive Cooler 5 that has a 3.5mm jack, kickstand, and triggers. Then there’s ROH Kunai 3 Gamepad that can be used as a Bluetooth gaming controller or can be split into two and attached to the ROG Phone 5. Then there are some cool wired headsets and cool back covers. There is a Bluetooth headset with a 45-hour battery life

There is another new variant of the ROG Phone, called the ROG Phone 5 Pro. It has an additional display at the back called ROG Vision for custom animations. It also has two extra trigger buttons at the back.

There were these rumors about the ROG Phone 5 having 18GB of LPDDR5 RAM. Well, Asus has announced a limited-edition ROG Phone 5 Ultimate in a matte white finish. It is a variant of the ROG 5 Pro and will be powered by 18GB LPDDDR5 RAM providing 6400MHz clock speed.

The limited-edition ROG Phone 5 18GB+512GB Ultimate will be available for 79,999 INR. So that was all from the launch event of Asus ROG Phone 5.