Google is working on a brand new design for the web version of Gmail. The refreshed design will appear for Gmail users on the web, bringing it closer to the company’s tweaks for Gmail on mobile devices.

Alongside features like quick reply to emails, the ability to snooze emails until later, and a new sidebar to place calendar appointments side by side with messages, the new layout will also have a ‘Confidential Mode’, which lets Gmail users stop recipients from forwarding certain emails, or restricts the ability to copy, download, or print them. 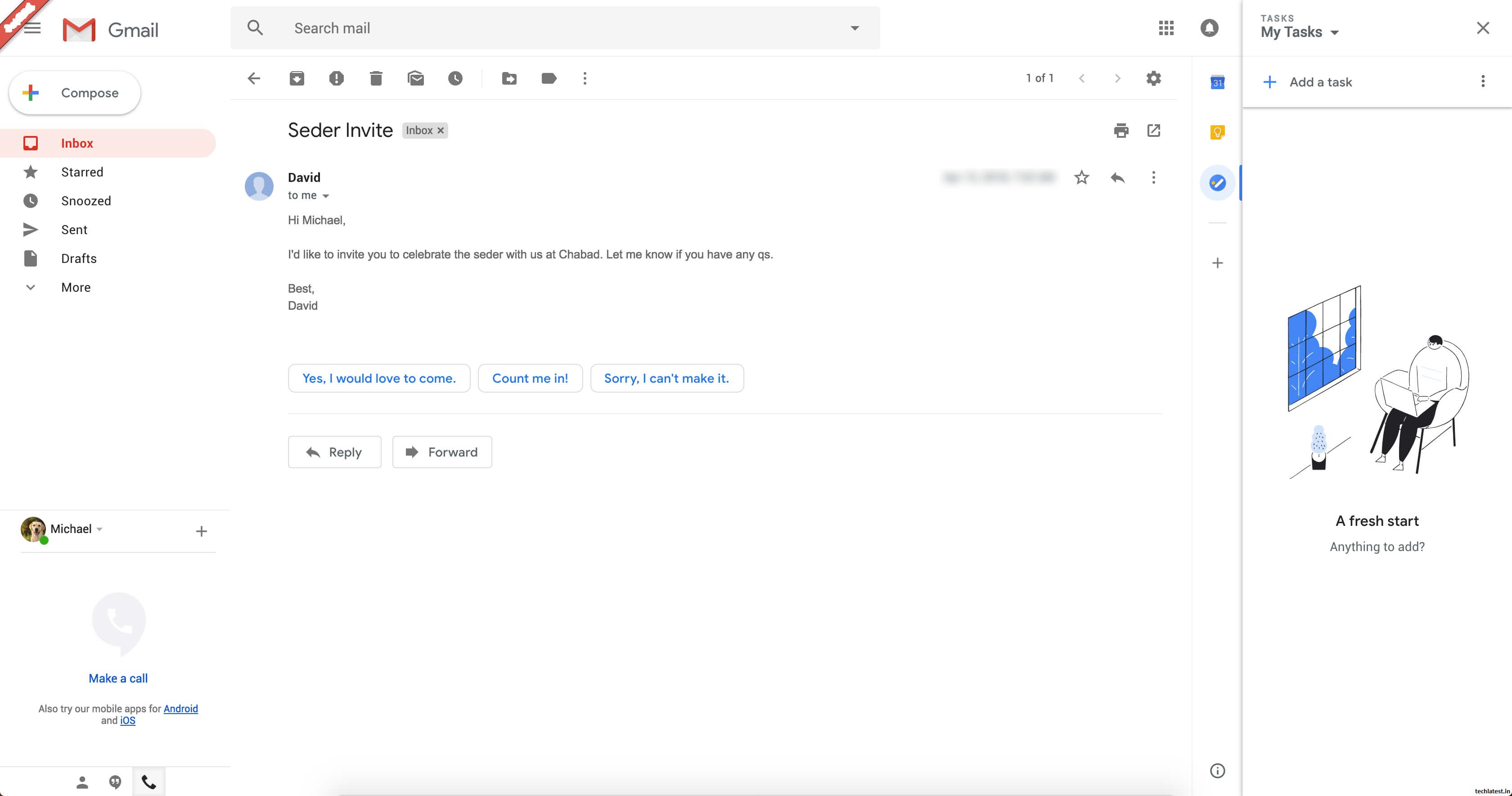 As per Reports, Google will also let Gmail users require a passcode to open emails, which will be generated via SMS, or set an expiration date on sent emails. These features will largely appeal to businesses that want more control over how emails are used by recipients, but they won’t stop people from taking a screenshot or a photo of an email.

The new Gmail design also features a new sidebar, with the option of using Google’s calendar, Keep note-taking app, or tasks side-by-side with your email messages. This is perhaps the most useful part of the redesign that makes it easier to schedule meetings, or see when you’re free when replying to an email.

As per the Company the update will be out soon, let’s see how it goes out.