HMD Global was only making Android-powered smartphones but it seems like HMD Global is looking for taking control over Nokia feature phone that will be powered by Android.

Google has now two different platforms for low-end devices, the one from Google itself i.e., Android Go which is the basic version of Android designed for phones with 1GB or less amount of RAM and another one is the Kai-OS which designed by Kai technologies and later partnered with Google for bringing Google services to feature phone.

A recent report by 9to5Google shows an image where it appears to be an in-development Nokia feature phone. Another unknown source claims that it is running some sort of Android. So it hints us that Nokia is working with Kai-OS for their next Nokia branded feature phone.

Beside that we can see an app drawer icon in the center, using Google’s four-color scheme. And the other icons show Google’s proprietary services i.e., Google Chrome, YouTube and Google’s default camera icon. 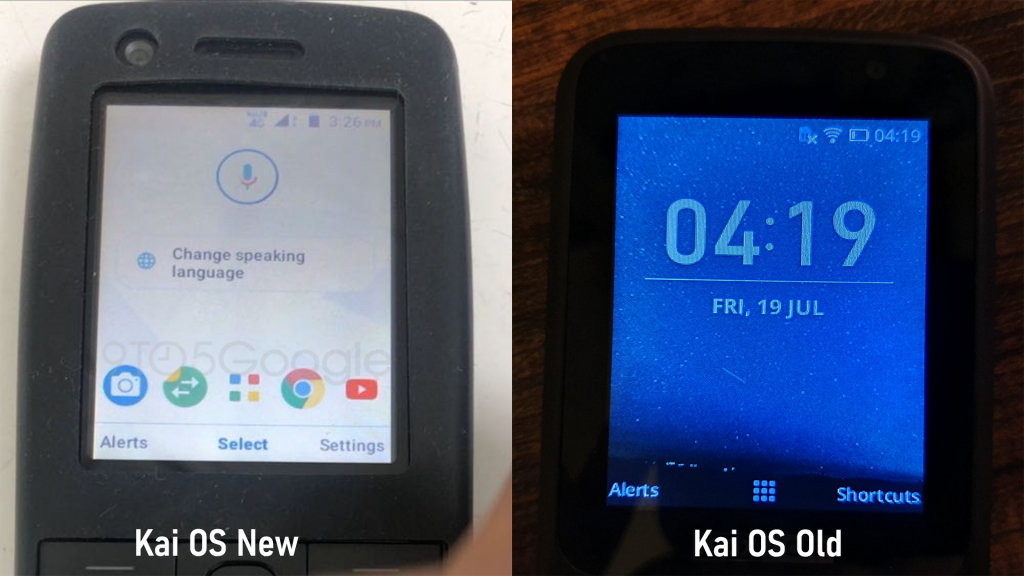 If we compare the status bar of both phones, we can see a full change in the old and new layout. The batter, signal and time at the top can be seen in most of the Google-branded Pixel devices which again hints us about the Google service is being used in the Nokia feature phone.