The aspect ratio is a simple ratio between the height and width of the screen. It is one thing that is different on every screen, and therefore, understanding the aspect ratio for a video can get tricky.

If you are creating a video, you will have to consider the medium through which it is going to be viewed and know its aspect ratio so that your picture quality stays excellent everywhere. In this article, we talk about different types of aspect ratios and also discuss the best options for different mediums like social media, film, live streaming, etc.

What are Different Types of Aspect Ratio?

The aspect ratio is the relation between the width and the height of a screen. This information is often displayed using a color or an X between the two measurement numbers. Here are the two main types:

Whenever there is a discussion of aspect ratio, this is the ratio in question. It refers to the shape of the video in its ready form.

The frame aspect ratio defines the width and height of a video in terms of pixels. The frame of the video is calculated according to the pixel resolution.

The pixel aspect ratio is defined as the width and height of a single pixel when it is being displayed. 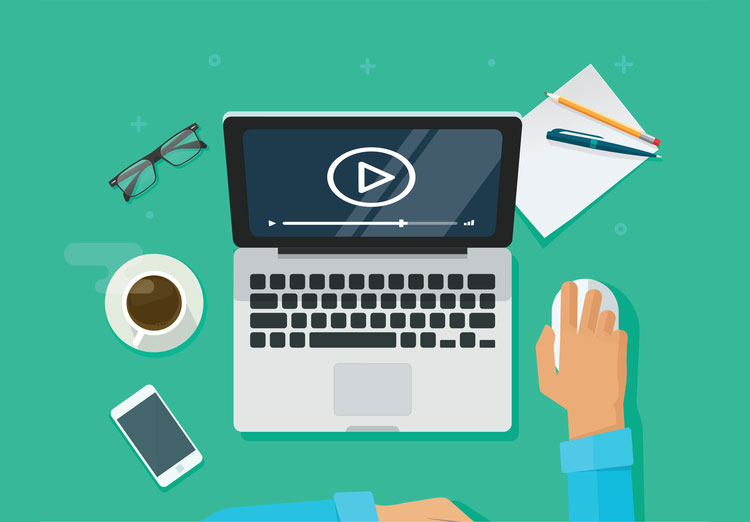 Important Aspect Ratios That You Must Know

There are some standard aspect ratios that are commonly used on devices across the globe. Let’s talk about them.

4:3 is one of the most common aspect ratios in the world. It is popularly known as Full Screen. This aspect ratio came to fore in the 1950s. At that time, it was the only aspect ratio because it matched with the film stock measurements. Once the television arrived at the scene, it followed the same aspect ratio, and companies created TV sets to match it. With time, widescreen television came into the picture, and production houses, filmmakers, and other video creators had to edit their content to fit into the ratio.

16:9 is the widescreen that we mentioned above. This is the standard widescreen ratio that is used for TV and also on the internet. More recently, this is the aspect ratio that has been adopted by smartphones and tablets to record videos. 16:9 is also used by camcorders and DSLRs manufactured by highly-acclaimed brands. Televisions and computer monitors adopted 16:9 as their standard in the year 2010.

Some Popular Aspect Ratios That You Should Know About

1:1 is the first aspect ratio that was used for square televisions. It is a perfect square ratio that is now used on social media platforms such as Facebook and Instagram. This is not used for TV content anymore because, as you know, our TVs now have a rectangular shape. You will find this aspect ratio in many cameras.

This aspect ratio can be found on some tablets, laptops, and even on a few handheld game consoles. 3:2 was originally used for 35 mm still photography. You will find this setting in a number of small cameras, but it isn’t used by broadcasters anywhere.

21:9 is known as the ultra-wide or cinematic widescreen. This aspect ratio is specially used for anamorphic videos – it’s a format where the video creates an optical illusion that provides a 360-degree view. This format provides an immersive experience to the viewers. So, you are more likely to find videos with this aspect ratio in museums, theme parks, special theaters, etc.

This aspect ratio is popularly used for tall videos, which means that the video’s height is more than its width. This aspect ratio came into the picture with the creation of smartphones. This is the ratio of an Instagram story. Similarly, it is used on popular applications like Snapchat and Facebook’s story feature. A good android video editor can help you create tall videos with ease. And if you want to add a charming intro to make the video more interesting, you can use like a stranger things intro maker to add the spooky charm to your videos.

What is the Best Aspect Ratio for a Video?

Video makers across the glove consider 16:9 optimal because it gives out the highest possible resolution and is one the easiest ratios to capture on all types of devices. Again, just because 16:9 is commonly used, it does not become the best for your video: your destination matters. This means you have to consider your delivery platform to decide which aspect ratio will be the best for your video.

What is the Best Aspect Ratio for Live Streaming?

Live video broadcasts are a difficult format to pull off. This is because when you go live, your audience is simultaneously consuming your content. You do not get time to edit or make changes once you are streaming. Therefore, with this method, you have to plan and prepare in advance. You should think about the type of devices your audience is going to use at large and then decide your aspect ratio accordingly.

With live streaming, you also have to stick to video streaming protocol. Rule one says you have to use universal playback, and rule 2 says your content should have a small file size. When you use a 16:9 aspect ratio, you adhere to both the rules.

Aspect ratio is a very important aspect of video making. If you plan to make videos or do live streaming for any purpose, you should spend some time understanding different aspect ratios. You should also make an effort to know your audience’s device.

Say, for example, if you are going to make videos for your Instagram story, you know that everyone else is going to watch it on their phone. So, in this scenario, the perfect aspect ratio for you will be 9:16, which is the popular format for tall videos. Once you understand aspect ratios, you will be able to effortlessly create some really astounding visual material.