More
Home News Gadgets All You Need To Know About CES 2019, Day 1

Here are the top takeaways from the Day 1 of the Consumer Electronics Show 2019:

The Notebook 9 Pro was Samsung’s big PC announcement. The laptop has a much more premium look and feel than its predecessors — even if it does look a bit like a blander MacBook Pro. Samsung also introduced a new gaming laptop, the Notebook Odyssey, with a GeForce RTX card inside.

It’s big. The biggest 8K set yet from Samsung, one-upping last year’s 85-inch 8K TV, which is now on sale for $15,000. The new set supports HDMI 2.1 and is able to upscale content to take advantage of all the extra pixels. There’s no price or release date yet, but you can bet it’ll be pricey. 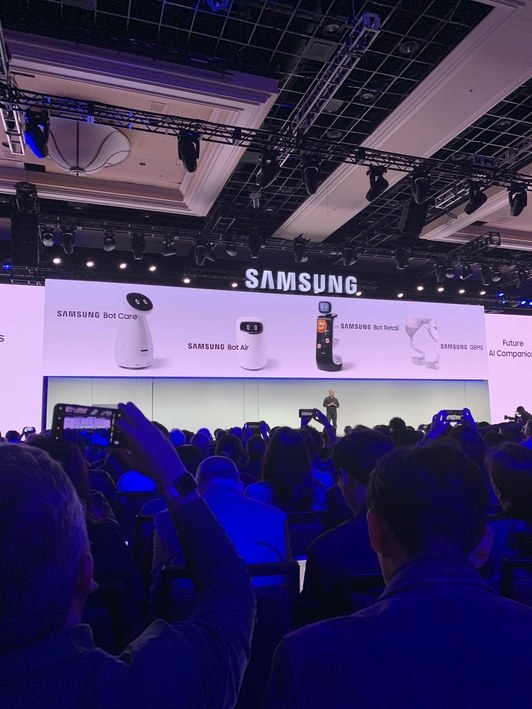 I’m not sure if Samsung has plans to make these into real products anytime soon, but it previewed a handful of adorable robots that can help around the house and retail stores. It’s not clear if they do a ton (the one robot that was demoed just wheeled itself around and took someone’s blood pressure), but they all come with cute blinking eyes that it’s impossible not to love.

LG Electronics (LG) has unveiled the world’s first rollable OLED TV in which the screen retracts into a box when not in use. Built on a concept unveiled last year, the 65-inch Signature OLED TV R will be available this year for sale, the company announced on Monday at the CES 2019 here. “A rollable OLED TV is a true game-changer, liberating users from the limitations of the wall and freeing them to curate their own personal space which no longer needs to be reserved full time for TV viewing,” said LG.

“In Line View, users can choose from features such as Clock, Frame, Mood, Music and Home Dashboard,” said the company. When in Zero View, all 65 inches of the LG SIGNATURE OLED TV R is hidden from view, tucked away in the base. “Even in Zero View, users can enjoy music and other audio content which emanate from the 4.2-channel, 100W front-firing Dolby Atmos audio system,” said LG.

It’s admittedly hard to get excited about 5G, and about routers. But! Perhaps a 5G router can capture your interest? It should. D-Link’s 5G N Enhanced Gateway replaces a traditional modem with 5G broadband, meaning you’d be able to ditch your cable company for, well, a carrier with a solid 5G offering. That future’s not quite here yet (and you’d need every connected devices in your house on the 5G train to really benefit) but when it arrives, D-Link says its 5G router can hit speeds up to 40x faster than the 70Mbps US household broadband averages. That seems worth the wait.

Better pics of the HTC Vive Pro Eye. It's a high end Vive Pro with some small enhancements, the main one being that it can track your eye movements to make gaming more precise. You shouldn't have to move your head as much. #CES2019 #CES @WIRED pic.twitter.com/kiI4c8lHbC

HTC has announced the Vive Pro Eye with built-in eye tracking. It’s a high-end Vive Pro with some small enhancements, the main one being that it can track your eye movements to make gaming more precise. You shouldn’t have to move your head as much. I’ll have to try it, but they say it will make interacting quicker in virtual reality. It’s easier on the CPU and GPU as well.

Lenovo Y540 with a 15.6 “display diagonal is equipped with an eighth generation Intel Core processor and a GeForce RTX 2060graphics adapter . The amount of RAM is 8, 16 or 32 GB, depending on the configuration. HDD capacity is new in various modifications – up to 2 TB, SSD – up to 512 GB.

The novelty is equipped with a speaker system from Harman Kardon and supports Dolby Atmos technology. The laptop has a Legion Coldfront cooling system, the case is equipped with USB 3.1, USB Type-C, HDMI 2.0, MiniDisplayPort, Ethernet ports and a 3.5 mm audio jack. The device will be on sale in May 2019 at the recommended retail price of 100 thousand rubles.

Lenovo Y740 with an IPS-screen with a diagonal of 15.6 “or 17.3”, support for NVIDIA G-Sync technology and a scan rate of 144 Hz, received a GeForce RTX 2080 Max – Q video card in top-end configuration . In addition, the laptop is equipped with an advanced Dolby Sound Radar speaker system and the ability to replace the display with a Dolby Vision HDR 400 matrix with a brightness of 500 nits.

Both models received updated batteries that can provide up to 6 hours of battery life. The entire line of the Y740 is equipped with 8th generation Intel Core processors, up to 32 GB of RAM with a frequency of 2666 MHz and a proprietary Corsair keyboard with RGB backlighting, waterproof coating and a response time of 1 ms. In retail Lenovo Legion Y740 with a screen diagonal of 17 and 15 inches will appear in January 2019 at recommended prices of 160 and 140 thousand rubles, respectively.

The laptop received a productive stuffing based on the Intel Core processor of the eighth generation. The thickness of the device is only 14.65 mm, weight – 1.1 kg. The novelty will be completed with one display with support for Dolby Vision technology with a resolution up to 4K inclusive and with a brightness up to 500 nits.

The sound system of the laptop is represented by four speakers with Dolby Atmos support and four microphones designed to record and recognize voice from any direction.

The notebook with narrow frames, aluminum chassis and different types of display in several configurations works on the basis of Intel Core processors of the eighth generation. It is equipped with four speakers and supports Dolby Atmos surround sound technology.

The diagonal display of this monitor with narrow is 43.4 inches, the aspect ratio is 32:10. The model boasts support for AMD FreeSync technology and a refresh rate of 144 Hz – this provides the most smooth display of images in dynamic game scenes.

The sound capabilities of the device are presented by the proprietary acoustics from Harman Kardon. Additionally, the monitor is equipped with a USB hub and comes complete with a stand that allows you to adjust the height of the display and its angle of rotation.

Frameless monitor with a diagonal display of 27 inches received a resolution of 2560×1440 pixels and a refresh rate of 240 Hz, as well as support for NVIDIA G-Sync technology. On the case of the novelty are ports USB 3.0, DisplayPort, HDMI and 3.5mm jack for jacks.

Legion Y44w and Y27gq will be available in April of this year. 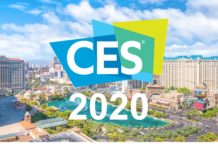 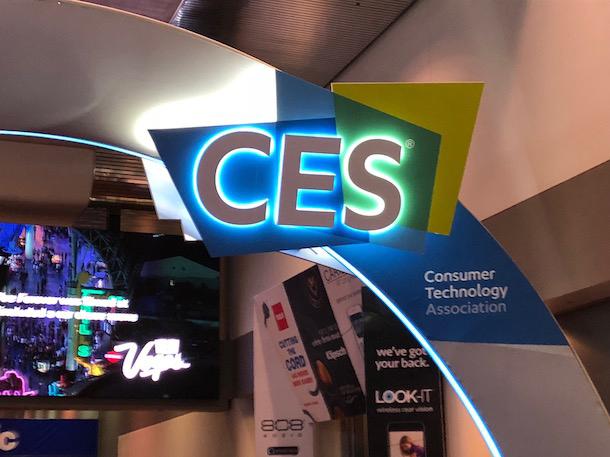