More
Home News Gadgets All You Need To Know About CES 2019, Day 2

Here are the top takeaways from the Day 2 of the Consumer Electronics Show 2019:

We’ve heard all the chatter and seen all the renders about Samsung’s foldable Galaxy F, but we barely saw it when the company teased that phone at a developers’ conference event. We got the exact opposite experience when Royole’s FlexPai phone got its time in the spotlight at CES, where we saw the tablet that folds to become a phone, all the while looking like a melting object in a Salvador Dali painting.

Sony’s CES 2019 keynote was less exciting, as it managed to launch a handful of memorable products. One of the announcements that stuck the most was the launch of its 8K TVs targeted at the mainstream audience. The Master Series Z9G essentially consists of two models: one at 85-inches and another at 98-inches. Both high-end TVs feature the company’s latest processor, Google Assistant support, 8K upscaling, HDMI 2.1 support, and more. Expect the Sony Master Series Z9G to be available soon.

Huawei didn’t have any major products to show off barring a new MacBook Air-like notebook and a mid-range tablet. The Chinese tech major, which has been seen as a threat to US national security because of its ties to the Chinese government, used CES 2019 to launch the MateBook 13 and MediaPad M5 Lite. The MateBook 13 is a slim-and-light Windows 10 notebook that is squarely aimed at Apple’s new MacBook Air. It ships in two versions: one with eight-generation Intel Core i5 processor and another with an Intel 8th gen Core i7 processor. The MateBook 13 hits the US market later this month at a starting price of $999 for the base model. Huawei also announced a 10-inch Android tablet, called the MediaPad M5 Lite.

Intel used its CES 2019 keynote to announce six new 9th generation core processors. The new set of chips are set to range from the low-end Core i3 and all the way up to the top-end Core i9 processor. Intel said these new processors will be made available in the first quarter of 2019 but hasn’t provided a firm release date. Perhaps the biggest news from Intel’s keynote was the announcement of the first 10nm processors based on the company’s Sunny Cove architecture. Ice Lake promises 2x performance, as well as support for Thunderbolt 3 and Wi-Fi 6. But consumers have to wait until holidays (November-December 2019) to get their hands-on new notebooks with Intel’s Ice Lake processors.

Dell is announcing that the 2019 inductees to its G series gaming laptops will all have configuration options with the new graphics cards. The new laptops, the G5 15, G7 15 and G7 17, will hit shelves January 29 starting at $999.99.

The biggest change to the Dell G series laptops is their inclusion of Nvidia’s first Turing-based graphics for laptops. The new offerings all have options for the heavily anticipated mobile Nvidia GeForce RTX 2060, RTX 2070, or RTX 2080 graphics cards. If you don’t need the power or capabilities, like ray tracing, of the RTX cards, Dell is also offering configurations with the Nvidia GeForce GTX 1050 Ti, as well as G-Sync. Both last year’s G5 15 and G7 15 offered reliable mid-level gaming, so we’re excited to see what these new machines can do, especially as being among the first laptops to rock RTX technology.

The new G Series laptops feature different additional ports depending on which GPU you get, including an RJ45 jack and USB-C port or 1050 Ti buyers and USB-C, mini DisplayPort and Thunderbolt 3 for RTX shoppers. 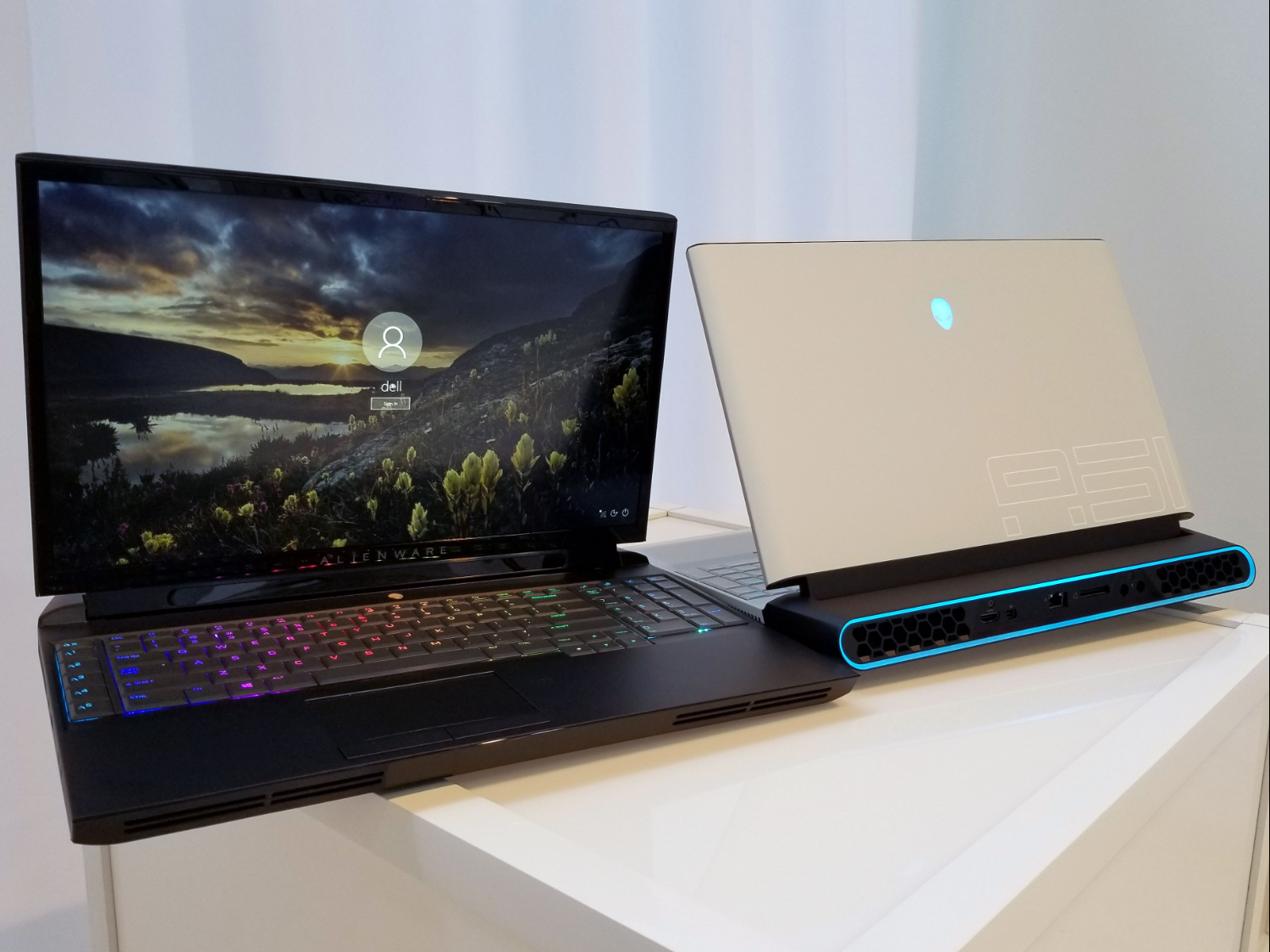 Forget the Alienware aesthetic as you know it. The company’s Area-51m takes an entirely new approach to the gaming laptop lineup’s industrial design and makes it modern, sleek and almost entirely upgradeable. The company announced it here at the CES electronics trade show. It launches on January 29 with a $2,549 configuration, though lower-priced options will be on the way later in the year.