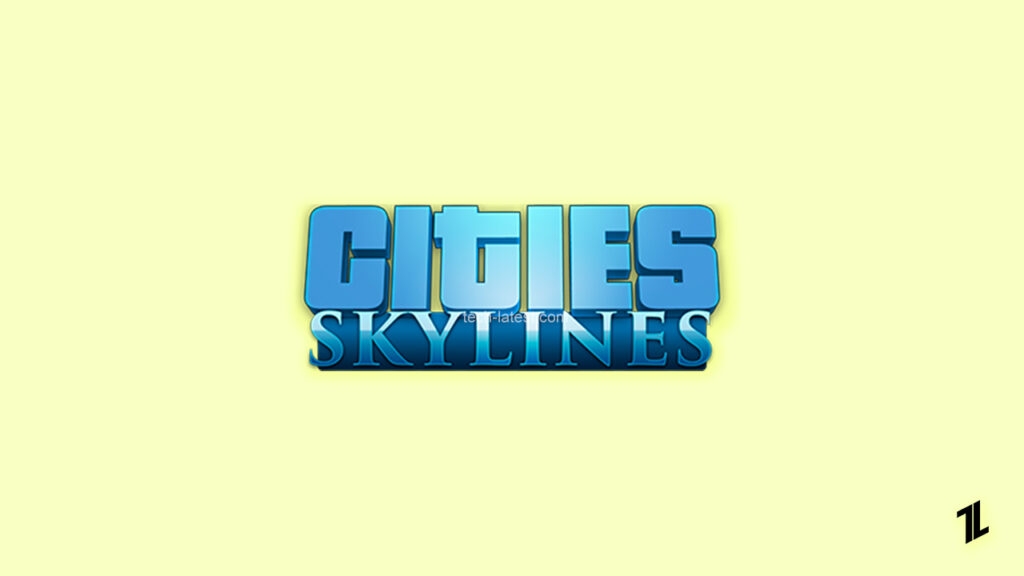 Cities Skylines is an amazing mayor-city building simulator game, but it doesn’t provide much guidance about fixing it.

Many people have experienced this error, and some just started their game over because of this error.

Several reasons can account for this error, and they will all appear valid since they made this aspect of the game realistic.

You do not have to start over, though, because fixing it is quite easy.

In this blog post, we’ll be discussing a few ways that you can go about fixing the “not enough goods to sell” issue in Cities Skylines.

So, without further ado, let’s get started!

What Does “Not Enough Goods To Sell” Mean In Cities Skylines?

When you see the “Not enough goods to sell” error in Cities Skylines, it’s because your industries are running out of resources to produce goods, and your commercial spaces cannot make sales because trucks cannot deliver the goods to your city on time.

In Cities Skylines, the industries need resources such as water, energy, and raw materials to produce goods.

If these resources are unavailable, the industries stop producing goods, and you get the “Not enough goods to sell” error.

You’ll see the error right on top of the commercial spaces.

The problem of locating grows when sales decrease, resulting in the closing of nearby commercial spaces.

The good news is that you can quickly fix this error.

Why Do The “Not Enough Goods To Sell” Issue Occur In Cities Skylines?

In your city, transportation issues are the only cause of the error “not enough goods to sell.”

However, errors may also occur in Cities Skylines if there are insufficient resources, such as energy, water, or raw materials.

You have a problem with “Not enough goods to sell” because residential complexes in your city are too far from industrial areas.

There are many residents of your city who live way too far from the blue-collar industries where they may need to work.

You may have messed up the city plan by placing industrial areas far too far away from residential complexes, or your city might not have proper transportation links to facilitate such movement.

There’s a possibility that your city’s roads, rails, or general transportation system are the main culprit.

This might prolong the time it takes for trucks to reach commercial spaces, resulting in a heavy loss of sales for the latter.

How To Fix The “Not Enough Goods To Sell” Issue In Cities Skylines?

You can get rid of the error “not enough goods to sell” by doing the following:

A bad road system is often the cause of this issue. So, it’s important to plan your roads carefully.

A bad road system will make it difficult for trucks to reach their destinations, making it impossible for them to sell their goods in commercial buildings.

You will need to create multiple paths leading to the same destination for these trucks to fix this error. It might seem complicated, but you’ll get the rest down once you start doing it.

In this game, you can also build routes for cargo trains and cargo ships; if that doesn’t help, then there might be another reason for the “Not Enough Goods To Sell” error in Cities Skylines.

Stop The Imports To Your City

In Cities Skylines, the most important thing to do is stop excessive imports. They cause delays and havoc, and most importantly, they cannot meet all the demands on the freight trains and ships.

Although many players complain about pollution, you can fix it if you wish. Building as many generic industries as possible is the only way to achieve this.

Remember that the Districts don’t outnumber the commercial zones, as this would lead to an imbalance in supply and demand.

Additionally, if you don’t want to stop imports, I suggest improving the transport infrastructure and getting the cargo drops near commercial areas.

Also, ensure that generic industries are utilized while they are producing the goods.

According to some community members, there is a time difference between General Industries and Commercial Zones, causing grave disruption and delay in goods retail.

Traffic is one way to give Cities Skylines players an immediate headache, but the unfortunate truth is that it is at the core of many of the game’s challenges.

If your businesses are stuck in traffic 5 miles down the road, they will never get their goods.

You usually need bigger roads, more routes, or auxiliary solutions like roundabouts to fix things, and they all require redesigning your existing city.

However, it is often worth it when it comes to efficiency, and it is a change you won’t regret making in the long run.

When you are restructuring completely, it often makes sense to overcompensate since you won’t have to do it all over again.

Traffic flow can also be affected by the type of vehicles dominating it and their sources.

It might be a temporary fix if your supply vehicles get caught between pedestrian cars so that you can direct them elsewhere with public transportation.

Furthermore, tunnels and overpasses can also be useful ways to ensure that your commercial supply traffic gets to its destination without disruption.

While trying to fix the error, this suggestion was by far the most helpful. You just need to understand the efficiency of goods moving from generic industries to commercial zones to grasp the meta.

It’s easy to fix this error in Cities Skylines; move the Generic Industries close to Commercial Buildings so that trucks can get there faster.

You can fix this quickly by moving existing generic industries close to commercial zones.

After doing so, you’ll automatically notice that the transport time has been reduced significantly and the error has been eliminated.

You can see how long it takes for a truck to deliver the goods by clicking on it.

Not only will this assist you in identifying the road structures, but it might also suggest that the distance between general industries and commercial zones is the cause of the problem.

Try To Bring Balance The Ratio Of Commercial Buildings

If you have too many Commercial Buildings and too few Generic Industries, then, of course, you will not have enough goods to sell, so you just have to balance the ratio so that you have the right balance of both to fix the “Not Enough Good To Sell” Error.

As you arrange it, ensure there is equal harmony between Demand for goods and Supply for goods.

So, for the most part, Commercial Spaces are always in demand, and several players take advantage of several conventional enterprises to cover the costs.

You won’t have enough products to sell when you have a lot of commercial space and not many conventional industries.

There are numerous issues caused by this, and come on!!

You will need to determine the number of generic industries and commercial spaces in your city and their correct ratio to recognize the “Not enough goods to sell” issue.

However, if that is done well, the problem could get more complicated, and Cities Skylines’ economy could lack raw materials that could change the economic climate.

It is possible that you are having difficulties after doing all of the steps mentioned above. If that’s the case, contact Cities Skylines Support.

Cities Skylines support can be reached via the game’s official website or through their different social media handles.

Through the support team, you can ask questions and even request assistance if you still have difficulties fixing the “Not Enough Goods To Sell” Error.

Hopefully, this article has given you a better understanding of the “Not Enough Goods To Sell” Error in Cities Skylines.

It can be confusing, but with some patience and a few modifications to your city, you should be able to solve the problem.

Make sure to keep an eye on traffic flow, create a balanced ratio of commercial buildings and generic industries, and make sure to use public transportation if your supply vehicles get stuck.

If all else fails, reach out to Cities Skylines Support for help.

By following the steps mentioned above, you’ll be able to solve it quickly and start enjoying the game again.

If you have any further queries or suggestions regarding this article, feel free to let us know in the comment section below.