More
Home Tips & Tricks How to Tell if Someone Blocked Your Number on Android?

One of the most annoying feelings is when you come to know that someone has “blocked you” or rather you are clueless that someone did block you for some reason.

Unlike the iPhone, it’s difficult to distinguish if an Android user has blocked you. This applies for iPhone to Android or Android to Android.

Truth be told, some tell-tell signs could help you understand if someone has blocked your number on Android. Here’s more about it.

Usually, when you send an SMS to someone and I am talking about traditional text messages that don’t require internet but just cellular network, it gets delivered as long as the recipient has reception.

Some OEMs do have a delivery report feature where you receive a pingback that the said message has been delivered.

However, there’s a huge base of make and model of smartphones that don’t send a pingback and instead, replace it with a “Delivered” status tag under the text message.

The catch is, even if your number is blocked, you can still send a text to someone but either the text would never reach the recipient or it will but in their “Blocked Messages” section.

If you kept on sending a few texts and never heard back, there’s a high probability that your number is blocked and the recipient never received any text.

This is a tell-tell sign but not 100% accurate because it’s possible that the recipient never received any text due to network issues or maybe the texts accumulated in the spam section automatically and thus, the recipient wasn’t able to intercept it.

Unlike SMSes, calling someone on Android gives you a much higher probability to decipher if someone has blocked your number or not.

When you can someone, even though the recipient hears a song/ringtone set by his/her but what you hear is the traditional ring *tring tring*.

When you can call someone, it rings about a dozen times before disconnecting either directly or with a voice note that the call is going away or not picking up the call. If the recipient is busy, your call will connect but won’t ring and you will get a voice notification that the call is busy.

Depending upon which country you stay in (and the recipient), there may be a voicemail service. Assuming that the voicemail service exists, there’s a tell-tell sign here that will help you find if someone has blocked your number or not.

As usual, call the number you want to verify if he/she has blocked you or not. If the phone rings for a while and goes to voicemail, the recipient is likely not near his/her phone.

Finally, if the phone rings just once and you are thrown to the voicemail, there’s a high probability that you have been blocked.

If anyone has a phone, he/she must have WhatsApp as its user base has reached 2bn devices and counting. If a person has blocked your number, he/she has likely blocked you on WhatsApp.

Go to his/her contact on WhatsApp, send a message. If it gives one tick on the right of a timestamp, it means the message has been sent. The next thing is to wait.

The moment that particular user turns on internet access on his/her phone, the message will be delivered to them automatically. You can check out the tick on the right of the message timestamp, if it’s two grey ticks, the message was delivered.

If the recipient chooses to ignore the message, the two ticks will remain greyed out. If messages are seen and ignored, the ticks will turn blue (which means you aren’t blocked yet).

Note that if you are blocked, that one tick won’t change into two (if a message is sent after someone blocks you). Perhaps the clear sign of someone blocking you on WhatsApp is the status and profile photo of the user as you won’t be able to see it.

There are a few tell-tell signs that you will have to note to decipher if a particular person has blocked you or not.

Of course, the aforementioned methods aren’t always foolproof so there are chances that you aren’t probably blocked but simply ignored or avoided being communicated to or some other reasons.

But you can use these methods to make some assumptions if someone has blocked your number on Android. 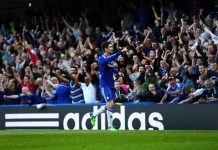 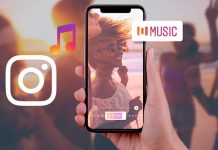 Is Instagram Music Not Working? Here’s How to Fix