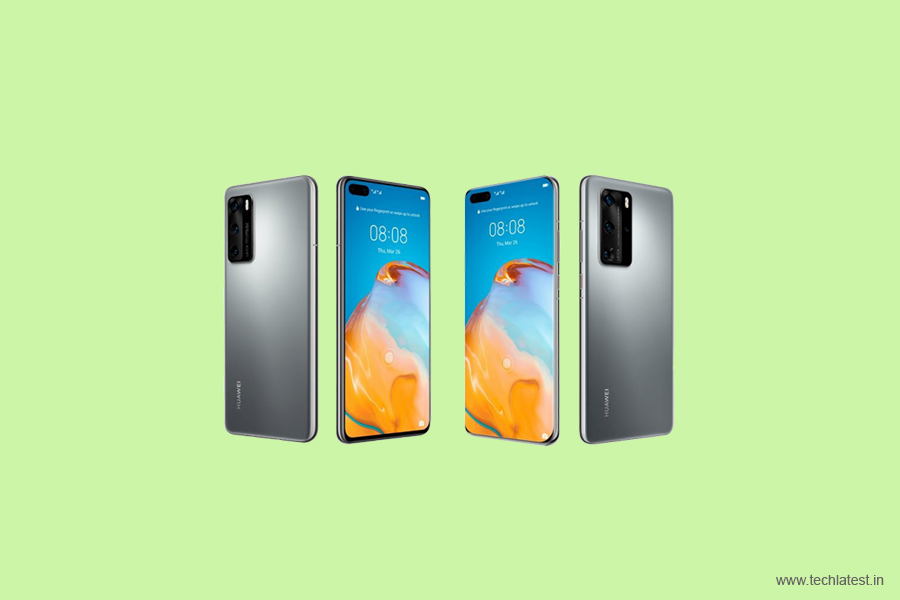 Huawei and its Partner Leica maintaining the legacy are once again adding a new piece to the Smartphone Photography Wars. Huawei launched its new flagship smartphone series in China yesterday. The new Huawei P40 series include the vanilla P40, the P40 Pro and the P40 Pro+.

All three smartphones have nearly identical designs with 5G connectivity and Wi-Fi 6. The Kirin 990 is the powerhouse for all three models.

On the aesthetics-end, Huawei P40 Pro has an “Overflow Display” with curved edges on all four sides. The wide notch is replaced by a smaller pill-shaped notch to the side. It packs a 32-megapixel camera on the front with recording capabilities of 4K @ 60fps with autofocus.

With a 6.58 inch OLED panel(90Hz refresh rate) with a resolution of 1,200 X 2,640px, it has an in-display fingerprint reader that is 30% bigger than the previous one. There’s also an infrared face scanner for secure payments.

The major highlight of the Huawei P40 Pro is the camera setup it has. The main camera has a 1/1.28 inch image sensor with a 50-megapixel resolution and an RYYB color filter. As we know, Huawei promotes Octa Phase Detection AF, which is 100% pixels support phase detection autofocus. It has Optical Image Stabilization and an f/1.9 aperture.

Like the previous P30, Huawei retains the Periscope design for the zoom camera. The focal length of the camera is 125mm and it has a 12 mega-pixel RYYB sensor and OIS. Huawei labels it “5x zoom”.

The ultrawide Cine Lens module has a 40-megapixel sensor and an 18mm f/1.8 lens. On the back, it also has a 3D Time of Flight Sensor(ToF), along with a color sensor. On the videography end, P40 Pro includes 4K @ 60fps video capture. The super steady Telephoto Video feature is available to enhance OIS. The ultrawide camera is capable of shooting HDR videos and can boost ISO up to 51,200 in the dark.

On the hardware end, The Huawei P40 Pro is powered by a 4,200mAh battery with the same charging speeds of Mate P30 pro at 27W. The phone supports 40W charging over USB-C. It also contains an eSIM.

It is dust and water-resistant (IP68) and will be available in Black, White, Silver, and Gold.

The P40 has a 6.1- inch OLED display with a resolution of 2340X1080px. The smartphone has only one storage variant that is 8GB RAM and 128GB internal storage, expandable via Nano Memory 2 Card.

The P40 has a triple camera setup on the back with the Main camera that is  50 mega-pixel “Ultra-vision” with a 1/1.28-inch sensor with an f/1.9 aperture lens.  The selfie camera is a 32-megapixel shooter but doesn’t have auto-focus. However, it is capable of shooting videos at 4K @ 60fps. There is no infrared face scanner but it does have an in-built fingerprint scanner. The Zoom camera on the back has an 80mm lens with OIS and 8-megapixel sensor.

The batter is smaller with 3,800mAh capacity without wireless charging. The only option is 22.5W wired charging.

Like P40 Pro, it will be also available for sale from 7 April priced at EUR 800

Huawei is launching its phones with Android 10 and its AppGallery. The company also announced that its new features and partnerships to expand its Software and get rid of the Google-provided ecosystem. Celia is the voice assistant that supports English, Spanish and French. It can handle all the basic tasks like adding reminders, making calls, setting alarms and can also do advanced tasks like AI touch shopping. MeeTime is the voice and video call app with screen-sharing.

Well, Huawei smartphones are the real deal when it comes to aesthetics and photography. We will have to wait to see the performance of these smartphones in real life.