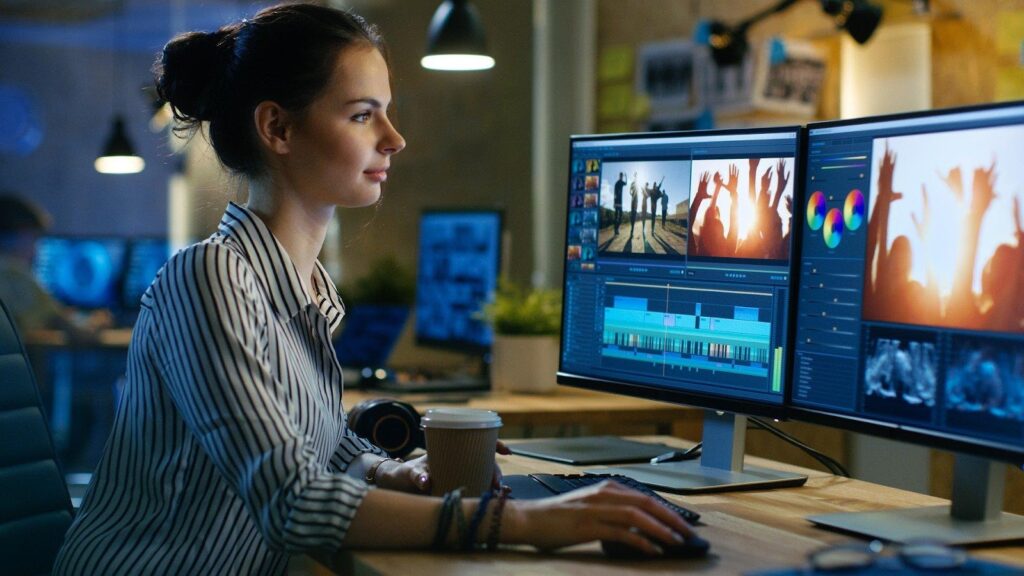 Doing a screen record on Mac and Windows has become super easy and probably one of the best features available since you can literally record your screen.

Joyoshare VidiKit is an all-in-one video kit that aids in every stage of video production from recording a screen to video cutting, merging, repairing, converting it from one format to another, and so on.

No doubt it is one of the popular software among YouTubers, travel vloggers, and even those making entertainment, educational or informational videos for ‘n’ number of platforms.

Here’s an honest review on Joyoshare VidiKit as well as how to screen record on Windows and Mac with ease.

The first step in answering on how to Record screen in Mac or Windows, converting, merging, cutting, removing, or adding a watermark is to set up the Joyoshare VidiKit first. Turns out it is pretty simple so here’s how it needs to be done.

Joyoshare VidiKit, as said, is a powerful all-in-one video toolkit with a tonne of features. Here’s a recap of all the features it brings on-board including one of the best screen recorder tools out there.

Joyoshare VidiKit is one of the best screen recorder tools on Windows and Mac alike. It lets you select the capture area either fullscreen or you can select any resolution from the dropdown menu as you will.

It lets you select whether to record system audio and microphone audio or both and also how much since you can adjust levels of both these audio sources.

Hit the settings and you get a tonne of options including format, shortcuts, watermark, cursor options, and many more.

Just like Screen Recorder functionality on Joyoshare VidiKit, it has an Audio Recorder too with the same settings as the former minute the capture area.

Just like Screen Recorder, Video converter is one of the biggest features on Joyoshare VidiKit as it supports 150+ formats with 60x conversion speed. You can convert videos either one by one or in a batch with ease.

I even tried compressing the same file by 99 percent and the result is an 877.79KB file although this doesn’t come without quality loss in proportion to the percentage you select to compress.

No doubt VidiKit compresses files at 40x faster than any traditional compressor available out there. You have a dual compression system that allows compression by file size or percentage.

If I am consuming, I am fed up with watermarks on photos and videos. On the contrary, if I am a video producer, I would want my watermark to keep it away from being re-uploaded and to infringe on my copyright.

Turns out Joyoshare VidiKit has both features i.e. watermark wizard is available at your disposal. It takes a few seconds/minutes to remove a watermark and even less to add yours on a photo/video.

Once you export it, your files will have a watermark of your own.

Another feature that you will find on Joyoshare VidiKit is quality video merging at 60fps with lossless 1:1 quality support. This ensures that you can merge two or more videos without compromising on the quality.

Another feature on VidiKit is video repair which fixes any erroneous multimedia files that you could have. You can detect what’s wrong and the tool will try to fix at least the majority of the number of files fed to repair if not all.

As the name suggests, it lets you trim the videos. You can have a real-time preview of the video to select points to cut and merge on-board Video Cutter.

VidiKit has a HEIC Converter feature that converts HEIC photos in JPG or PNG as you will.

Finally, the LivePhoto Converter transforms LivePhoto to GIF with just a tap.

How To Record Screen on Mac?

This method works on macOS X 10.8 and later. Here’s how you can screen record on Mac.

How To Record Screen on Windows 10?

Just like Mac, these instructions don’t just answer how to screen record on Windows 10 but previous iterations too. This includes Windows 7/8.1/10 as well. Here’s how you can do it.

I tried the screen recorder on VidiKit and found out it is amazing. Here’s how you can record a screen on Windows.

Joyoshare VidikKt is available for Windows from XP later and macOS from X 10.8 and later. You can download the free trial before clubbing it with a paid subscription to rip off all the benefits and features that the Joyoshare VidiKit offers at your disposal.

Just like any other utility, there’s a huge gap between what the trial version offers and what the paid version of Joyoshare VidiKit offers.

The free trial version lets you use video editing tools, convert photos, compress files and repair files; cut, merge, and convert videos, and finally, record both audio and video on the app.

On the contrary, the paid version starts at $19.95 (more about it in the Pricing section) and gives you access to technical support, unlimited recording, and usage, there are no watermarks on the videos and photos rendered using the software and you can save or export files as well. This is in addition to all the features that I mentioned in the trial version.

Talking about the pricing for Joyoshare software, here are all the plans available.

Free: Of course, Joyoshare VidiKit is freeware which means you can use most of its features and the software for free as well. You can upgrade to get more features.

Monthly: You can upgrade to a monthly plan starting at $19.95/PC/mo and it is auto-renewable.

Perpetual Plan: This is a “hot” plan as it offers a much lucrative subscription starting at $55.95/PC/Lifetime. You can go up to 5 PCs at $105.95/Lifetime giving you a much cheaper deal.

1-Year Plan: This is another premium plan offering a year of subscription with auto-renewal at $39.95/PC/Year.

These plans are available on both macOS and Windows alike offering a lot of features. The website accepts payments from Visa, Maestro, PayPal, MasterCard, JCB, American Express, and other payment processors.

Apart from the pricing, Joyoshare VidiKit offers a 30-days money-back guarantee. You can avail free lifetime updates on purchasing the premium plan.