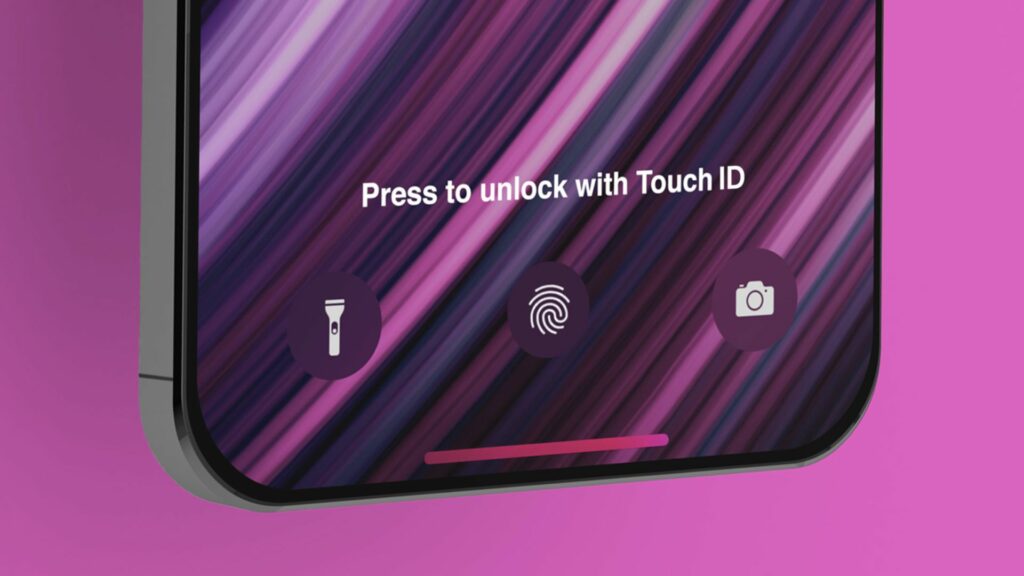 The traditional Touch ID was very accurate and secure in Apple devices. Although Face ID replaced the Touch ID after Apple iPhone 8 series. According to a report by Barclays Analyst, Apple might be planning to bring back the Touch ID with the next-generation iPhones, starting from iPhone 13 series, but it will be embedded under the display to preserve the chinless display.

Andrew Gardiner and his three colleagues took a look at the research note and found these information regarding the Under display Touch ID in iPhone 13 series. The research note was shared to MacRumors, and according to the note, the iPhone 13 series will feature both LiDAR based scanner (Face ID) as well as the Under display fingerprint sensor (Touch ID).

Here is a snippet of the Research Note shared by Barclays Analyst to MacRumors,

“For the coming iPhone 13 cycle in 2H21, we foresee a more tightly integrated version of the existing structured light system, which will enable the long-awaited reduction in the notch. On the rear, we do not anticipate Apple to broaden the adoption of the Lidar 3D sensor beyond the Pro models.

For the 2H22 product cycle, we anticipate an architectural shift from structured light to time-of-flight, allowing for an even smaller footprint. Based on our industry conversations, we do not think structured light beneath the screen is likely to be ready for mass deployment in 2H22. We also view the adoption of fingerprint-under-glass, that likely is added in the 2H21 iPhones, as a structural headwind for additional 3D sensing content at Apple and could be the security feature of the future.”

The iPhone 13 models might house the LiDAR, the front camera and other hardware in a more compact manner, which will eventually result a smaller notch. A previous report shared by Kuo also predicted the punch-hole notch design in the 2022 iPhones.

We already have seen a few previous claims by a bunch of analyst to support the fact that Apple will return the Touch ID along with the Face ID. This is prove a greater security and accuracy of the system.

Earlier reports by Bloomberg and The Wall Street Journal also claimed the homecoming of the Touch ID in embedded under display in the future generation of iPhones.