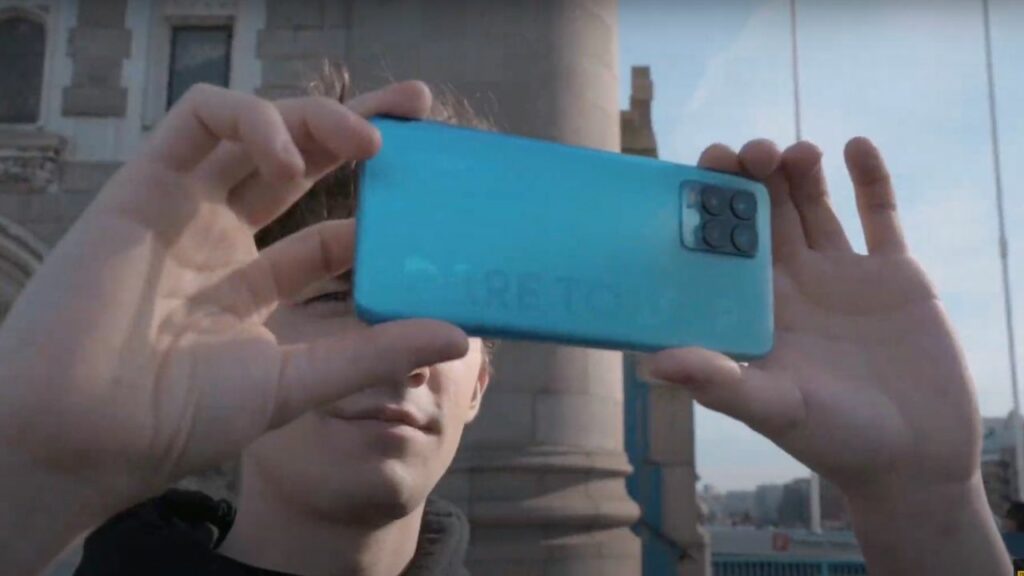 It’s time for the new Realme smartphones to succeed the Realme 7 series. Last month realme launched the Realme X7 series in the global market, now, seems like Realme is preparing for a new set of smartphones in the global market, targeting countries like India. A few leaked reports suggest that Realme is almost ready to announce the next-gen Realme 8 and Realme 8 Pro to compete with the recently launched Redmi Note 10 series.

A couple of images surfaced online in platforms like FCC (an independent agency of the United States Gov.) and benchmarking sites like Geekbench with key specs of the upcoming Realme 8 Pro.

Let’s first talk about the FCC leaked images, a Realme smartphone with the codename ‘RMX3081’ appeared on the FCC site, most probably this will be the Realme 8 Pro. According to the listing, the smartphone will feature a battery capacity of 4500 mAh with a fast-charging ability of 65-watt.

A few days ago, CEO Seth also gave hint about the battery capacity of the vanilla Realme 8, it is reported to equip a 5000 mAh battery and fast-charging or dart charging up to 30-watt. That means, the base model to have larger battery capacity but less fast-charging ability. That is kind of confusing, but again, it doesn’t if we get other good specs.

Realme also confirmed that the new Realme 8 Pro will feature last year’s 108-megapixel Samsung HM2 1/1.52 primary sensor, additionally, it will support the 9-in-1 pixel binning and ISOCELL Plus.

Now, speaking of the Geekbench leaked benchmarks, an alleged realme smartphone with codename ‘RMX3081’ appeared on the platform. According to the benchmark, the smartphone was able to achieve a single-core score of 569 and a multi-core score of 1711.

Other key specs include an 8 GB RAM, the listings suggest that the device will come with a motherboard codenamed ‘atoll’, a Qualcomm Snapdragon SoC clocked at 2.32GHz, and an Adreno 618 GPU. And if reverse-engineer it, then we can conclude that the smartphone is going to use the Snapdragon 730G SoC, as it can be paired with the Adreno 618 GPU.

The listing also stated that the smartphone was running on Android when the test was done. That means the Realme 8 Pro might come with the new Realme UI 2.0, running on top of Android 11.