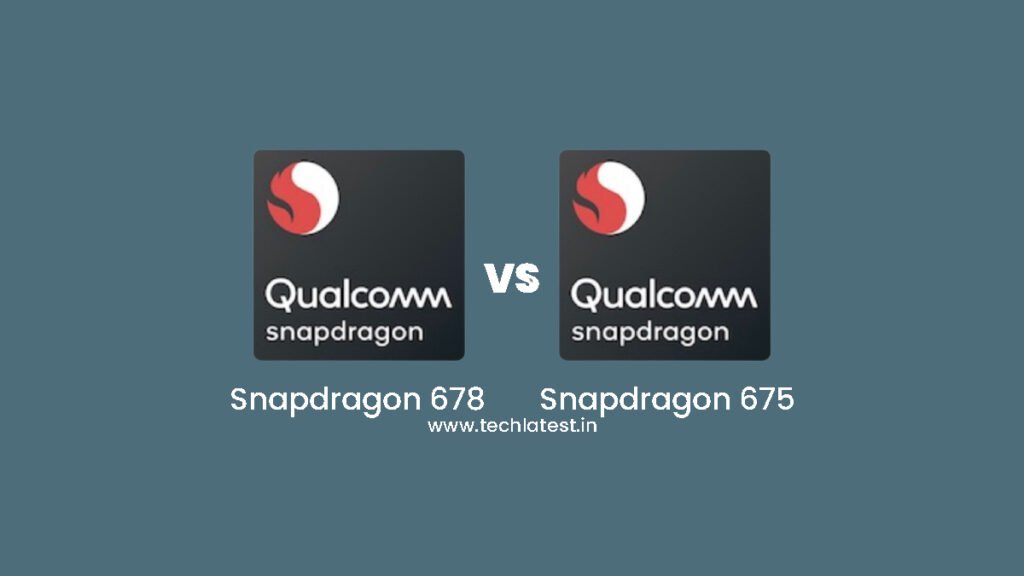 The Vice President, Product Management, Qualcomm Technologies, said, “We are uniquely positioned to support OEMs in delivering the next generation of devices with in-demand features and performance.”

In this article, we are going to compare the Snapdragon 678 vs Snapdragon 675 and see what are the things that have been upgraded.

Both of the processors do not have 5G capabilities, both have Wi-Fi 5, and Bluetooth 5.0. The areas in which Snapdragon 678 takes lead are better CPU performance as it’s overclocked, and higher GPU frequency, which is 800MHz compared to Snapdragon 675’s 750MHz.

Now to have a good idea about the performance, the best thing to do is to compare the benchmark scores of the two side-by-side:

In the AnTuTu benchmark test, the better performing processor is Snapdragon 678 with increased performance by 5%.

According to Qualcomm, Snapdragon 678 supports dynamic photography, videography. It also gives immersive entertainment, long battery life, and fast connectivity. So clearly the Snapdragon 678 is the better processor in Snapdragon 678 vs Snapdragon 675 debate in every aspect and it will be interesting to see it perform on new smartphones.