Linux is a gift that has shaped our modern life. In today’s world, we can’t think a single moment without technology. Linux has brought the most significant and important changes in the world of modern technology. But Linux was not like the way now it is. It has come a long way through versatile crafting and drafting from an open source loving community.

So what we are going to discuss here? It’s none other than a short, hand picked and task-oriented list of 5 Best Linux Distros:

Ubuntu is one of the most popular flavors of Linux and along with Mint is strongly recommended for Linux newbies, as it’s extremely accessible. It has its own software repositories which regularly synced with a Debian repository. That ensured to get the stable and latest release.

Linux Mint is a great ‘default’ distro for new Linux users, as it comes with a lot of the software you’ll need when switching from Mac or Windows, such as LibreOffice, the favoured productivity suite of Linux users. It also has better support for proprietary media formats, allowing you to play videos, DVDs and MP3 music files out of the box.

If you’re after a distro that gets you as far away as possible from the image of a nerdy hacker type bashing away at a terminal interface, Elementary OS is what you need. It’s probably the most attractive distro around, with a style similar to that of macOS. This operating system’s superb desktop environment is known as Pantheon, and is based on Gnome.

The latest version of Elementary OS is called Loki, which as well as being that bit prettier and neater than its predecessor Freya, has its own application installer UI called AppCenter.

Tails is a privacy-oriented Linux distro which has the aim of concealing your location and identity as much as possible. Even Edward Snowden used it.

The OS routes all its internet traffic through the anonymising Tor network, which is designed to prevent data from being intercepted and analysed. Underneath all the security measures, it’s based on Debian Linux and uses the Gnome desktop so the interface is still clear and user-friendly.

Tails isn’t for everyone, but this niche OS does give you some peace of mind if you’ve been fretting about all the worrying privacy-trampling legislation being passed these days.

It is an independently developed Linux distribution targeted at competent Linux users. It uses ‘pacman’, its home-grown package manager, to provide updates to the latest software applications with full dependency tracking. Operating on a rolling release system, Arch can be installed from a CD image or via an FTP server. The default install provides a solid base that enables users to create a custom installation. In addition, the Arch Build System (ABS) provides a way to easily build new packages, modify the configuration of stock packages, and share these packages with other users via the Arch Linux user repository.

How to Root Your Android Device

How to Install Kali Linux in Any Android Phone 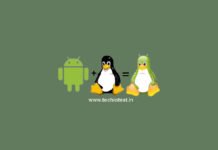 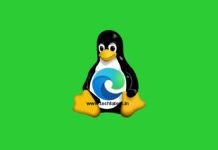 How to Download and Install Microsoft Edge in Linux (Chromium Based) 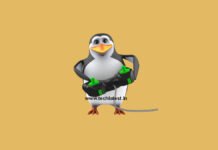 Gaming in Linux: Types of Games to Play in Linux