MIUI has two versions of its software: MIUI Stable, and MIUI Beta. The Stable release represents the public, final release of MIUI for that device. People are enjoying Beta updates more than the Stable update. Meanwhile, the Beta builds refer to those builds that fans and developers can test ahead of the public release. This build might contain bugs but also includes new features ahead of the public release.

The announcement goes into effect starting July 1st. The reason according to Xiaomi is that since the public beta ROMs are mostly stable, users tend to sign up for them, using the ROM on their daily drivers but do not provide any feedback. The whole point of public beta programs has been to improve bug reporting to the companies, with the assumption that if there are more people testing a ROM, the bugs could be found faster, and hence, fixed faster. The result is that companies would be able to roll out the final version of a ROM at a much faster rate.

Nevertheless, Xiaomi has promised its global users to improve the stable version of MIUI. It would continue to provide all the required security updates “in a timely manner.“

The blog post didn’t really mention MIUI’s Chinese Beta program, which we assume will continue as normal. Even so, the Chinese Beta feedback should be enough to improve the Global Stable builds.

Many Mi Community fans will be disappointed to hear the news. MIUI has been one of the best platforms for Android development and at one point even developed MIUI for non-Xiaomi devices back when Cyanogenmod was super popular among aftermarket ROM enthusiasts. 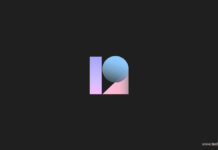 MIUI 12 Global Launch is Scheduled for May 19

How to Install MIUI 12 On Any Xiaomi Phone