In the earlier days of Android, there were many features you could only get by rooting your phone. Some of those were Wifi hotspot, overclocking, UI mods and App mods. These days, our phones are so fast and rich with features, that overclocking isn’t as necessary unless you’re insane and want Angry Birds to open in 0.10 seconds instead of 0.15. Many people still prefer to root their device though. If you have a rooted device, or are considering it, I’ll help you make that decision by going over some of the best apps for rooted phones.

Magisk is one of the most popular and powerful root apps. It’s also relatively new. Its big function is allowing you to hide root very effectively. That lets you do things like watch Netflix or play Pokemon Go while rooted. It has a variety of other functions, including modules that add even more functionality. It’s a real must-have root app. It’s not longer available on Google Play. Thus, you’ll have to pick up the APK from XDA-Developers. The app is also in active development. That means it gets new features, designs, and fixes fairly frequently.

Titanium Backup is a root-only Android app created by Titanium Track. It’s the best backup app currently available for Android. You can back up virtually every byte of data on your device, including unique app data, user data, and more.

It is a Superuser access management app. This is going to be the app that lets you control which apps can have root access and which ones cannot. What makes SuperSU better than the other available Superuser apps is its “OTA Survival” mode. This allows you to do OTA updates even when you’re rooted. This doesn’t work 100% of the time, but when it does, it’s awesome.

It is needed for any rooted Android device. Most root apps or features will not work unless this is installed first. So get this installed or I’ll spank you… hard.

AdBlock Plus is a free, open source app. As you may have guessed, it removes ads from the device. Root users swear by this one We bloggers don’t like it, but we’ve accepted that people really do find this app useful. This one is configurable so that some unobtrusive ads get through. The app is also lightly configurable. It’s not available on the Google Play Store but there is an official link from ABP that you can use by clicking the button above. It’s definitely among the best root apps.

Greenify is one of the reasons why rooting your phone can save so much battery life. Greenify can boost battery life by an average of 2-4 hours simply by intelligently managing how apps run in the background.

Available on both rooted and non-rooted devices, Greenify is one of the world’s most popular rooted apps. It works much better when installed on a rooted device.

No matter which device you install it on, Greenify will hibernate background apps. When an app hibernates, it stops running in the background. It won’t deliver notifications to your phone and it won’t silently steal RAM or CPU cycles. To activate this app again, all you have to do is tap on it – just like you normally would when opening the app.

One of the most annoying parts of getting a new smartphone is removing all the unnecessary system apps from your home page.

Quick Boot is an app that is both absurdly simple and absurdly useful. In most versions of Android, the power menu is weak sauce and you can only power down and sometimes you can reboot. Quick Reboot fixes this by allowing you to boot to recovery, and boot to bootloader. It can also go to device-specific things like Download Mode for Samsung devices or fastboot on certain devices. It’s quick, simple, and makes finding an advanced power menu for your device a little bit less of a priority. It’s definitely one of those root apps that everyone should have.

Root Browser is a file manager app which has most of the same functions as Root Explorer but is available for free.

Root Explorer may have arrived on the Play Store first, but Root Browser has stolen some of Root Explorer’s thunder by offering the same seamless file management experience without the $3.99 price tag.

In our Root Browser review, we’re going to tell you everything you need to know about Root Browser – including why it’s one of the most popular rooted Android apps available today. 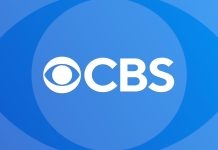 CBS App Not Working: Reasons And Their Solutions 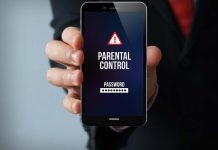 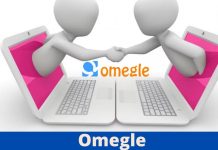