Want to get the most out of your cable subscription? How about taking it beyond the confines of your TV screen? If you’re a Spectrum cable subscriber, you also get access to the provider’s outstanding TV App.

This App is your ticket to entertainment convenience and getting the best value out of your cable TV service.

The App is designed for use on mobile devices like smartphones and tablets, as well as other platforms. It allows you to stream TV programming, access exclusive content, examine TV guides, and even organize your channel list.

However, the trick is to make sure that you’re using a supported device that is compatible with the App.

Unsupported devices will either not run the app in a stable way, or will not have it in their native app library. If you’re unsure whether you’re using an unsupported device or not, don’t worry.

This blog will list down the types of devices that are compatible with the provider’s app. That way you can get an idea of whether you’re using the right kind of device to run it. Read on to find out.

Also, Read: How to Enable Dark Mode on Snapchat (Android and iOS)

Most modern Amazon devices in use today support the Spectrum TV App. The Gen-1 Kindle Fire remains the only exception so far. In fact, you can still use the app on later versions of the Kindle Fire.

It also works perfectly on the Amazon Fire TV Stick. Since the app is present in Amazon’s native app store, the company’s devices can access a version that is tailored to them and their operating system.

This results in a smooth and disruption-free viewing experience on virtually any Amazon smart device.

Virtually All Android Smartphones and Tablets

Several major manufacturers are specializing in Android smartphones and tablets. Samsung, HTC, OnePlus, and Mi are only a few examples.

All of them have different hardware and software specifications. However, since all Android OS are just different versions of Google’s Android OS design, they have many similarities.

One of these is access to the Google Play Store. This app library has thousands of fun and quirky apps, including the Spectrum TV App.

Since the App on the Play Store is optimized for use on Android devices, it works very well on most smartphones and tablets. At least those with more well-known manufacturers.

All iOS Devices with a Later OS Version

Unlike Android, you can only use iOS if you own an Apple iPhone or iPad. Apple has made a name for itself and its closed system approach to modern tech.

One result that has been of great value to Apple consumers is that this means very select apps make it onto Apple’s native App Store for iOS.

So, when you see the Spectrum TV App on your device’s App Store, you know you’re in for a great user experience. The App works with almost all iOS smartphones and tablets in use today with a recent OS.

Samsung doesn’t just manufacture smartphones and tablets, even though it is Apple’s biggest competitor in the market. It has a range of other business lines, including the immensely popular Samsung Smart TV.

All models manufactured in 2012 and beyond support the provider’s TV App. The app itself is also available to download in the Smart TVs app library.

You may be wondering why buy a smart TV for cable when you already have a perfectly good one in the living room?

The idea is to take your entertainment to other rooms in your house without additional connections or cable boxes. All you have to do is download the app and sign in with your subscriber credentials. No more fighting over the remote!

Roku devices are fairly recent but have made a huge name for themselves since the early first generation. While the TV App wasn’t available with the First-Gen Roku streaming devices, the app is certainly available for download on the Roku Store now.

This means you can stream broadcast TV using the TV App installed on your Roku device without needing to attach any other hardware.

Want access to the TV App on your computer? The TV App can be installed on a Windows PC running Windows 7, 8, and 10. It can also run on most macOS computers.

But you will need a faster internet connection to account for background programs and you may need to download the APK as well as an emulator to run the Android version of the app.

You will still need your valid subscriber credentials to sign in and use the app.

Also, Read: What are the Most Important Things to Consider When Building a PC? 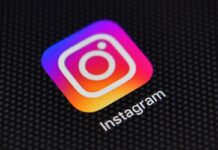 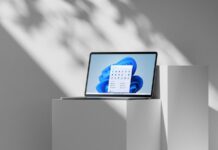 How to Fix DHCP Lookup Failed Error in Windows? 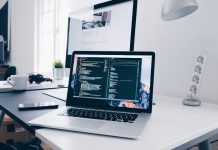 How to Lower WindowServer CPU Usage on Your Mac?

How to Fix DHCP Lookup Failed Error in Windows?

How to Lower WindowServer CPU Usage on Your Mac?