More
Home Tips & Tricks Apple How to Use Widgetsmith on iOS14/15?

iOS 14 pretty much started revolutionizing the user experience by adding widgets as a built-in feature allowing users to place widgets of apps to show certain pieces of information on the home screen itself.

It was something Android OS had for a long time but iOS 14 did refine it offering much more on the table. The iOS 15 straight-up beefed it in terms of functionalities.

Soon, a lot of third-party apps mushroomed allowing for impeccable widgets but one of the apps did stand out.

I am walking about Widgetsmith and as the same suggests, it has both characteristics.

It offers a wide collection of widgets that users can edit to the pixels. Widgetsmith offers a huge range of widgets from date, photos, weather, health, activity, tides, astronomy, and more.

Also, Read: How to Get Water Out of iPhone?

Here’s more about Widgetsmith and how you can use it on iOS 14/15.

Types of widgets that Widgetsmith supports?

In general, there are 12 types of widgets that you can use each with numerous free and paid options, a tonne of customizations, and fine-tuning ability. Here are all the categories of widgets available on Widgetsmith.

Step 01: Open the Widgetsmith app on your iPhone.

Step 02: Select the size of the widget you want to add. Widgetsmith has Small, Medium, and Large depending upon which one you need.

Step 03: Once you decide the size of the widget, tap on Add (Small, Medium, or Large) Widget, Say “Add Medium Widget”.

Step 04: Tap on the new widget created. It will be named “Medium #2” if there’s a Medium widget available already that you can delete.

Step 05: Tap on the new widget and you have two options:

How To Customise Widgetsmith Widgets Font and Colors?

You just created a widget with the right type (such as date, health, activity, and so on), it’s time to customize it.

How To Place Widgets on the Home Screen with Widgetsmith?

Now that you have the widget you want to use, here’s how you can place it on the home screen.

Note: The widget that you just added is a default one in case you have multiple widgets of the same size. Skip next steps if you added the right widget you wanted or else, follow the steps mentioned below.

How To Set up Timed Widgets in Widgetsmith?

Apart from setting up widgets manually on Widgetsmith, you can use Timed Widgets as well.

This is an ephemeral widget that shows up on the home screen of your iPhone, stays put for a short while, and vanishes. You can set the specific period the timed widget should stay.

Here’s how it works.

Well, that’s how you can use Widgetsmith on both iOS 14 and 15. The app is available for free on the App Store. Certain widgets/features are paid up so you will have to use the in-app subscription to add those paid widgets/features but that’s all.

There’s a counterpart app for your Apple Watch as well called the Watchsmith that you can use to customize the face of the Apple Watch.

Also, Read: How to Change Instagram Icon on Android and iOS 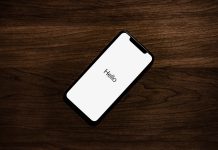 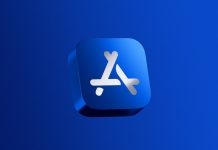 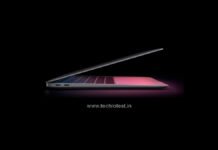