More
Home News Gadgets Mi A3 Launched in Spain Starting at € 249 (or around ₹...

Xiaomi has officially announced the next Android One smartphone i.e., Mi A3. In addition to the Mi A3, the Chinese smartphone maker was also expected to announce the new Mi A3 Lite but they didn’t.

Mi A3 launch in Spain gives rough pricing for the other regions which will be more clarified in the Poland launch on July 25.

As per leaks and our previous post of leaked renders and retail box, Mi A3 is none other than the Android One version of Xiaomi’s latest CC9e which was previously launched in China.

Mi A3 Launch and Specs 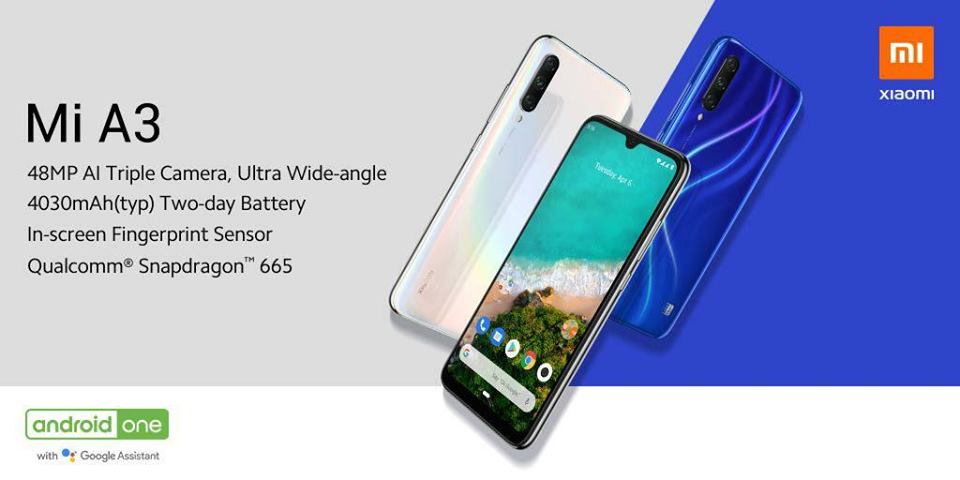 On the front side, we have a 6.088″ FHD+ OLED display with a water-drop notch, a 32MP selfie shooter and an in-display fingerprint sensor.

On the rear side, the device sports a triple camera setup equipped with a 48MP f/1.8 main camera, 8MP ultrawide unit, and a 2MP depth sensor placed vertically at the left side.

Under the hood, it has Qualcomm Snapdragon 665 SoC with 4GB of RAM and 64/128 internal storage. The Mi A3 will run on a 4,030mAh battery and rely on a USB-C port for charging. Being an Android One smartphone, it will run a near-stock version of Android Pie with potential for speedy updates.

Those pricings are not confirmed for India or other regions. This is just a rough conversion of currency.