There were a few rumors around the web that OnePlus is going to replace HydrogenOS with ColorOS in all upcoming OnePlus smartphones in China, but today a few leaked live images of OnePlus 9 with ColorOS 11 confirmed the previous rumors.

A few reports and surveys have suggested that people in China love the ColorOS over any other custom UI of Android OS. And since OnePlus and Oppo are quite related to each other, we think that is why OnePlus thought of shipping the new OnePlus 9 series with the ColorOS in China. Well, there is nothing to worry about if you are a global user, this change is only going to happen in China versions only, not in the global version.

The latest upcoming smartphone series from OnePlus, the OnePlus 9 line-up is all set to launch on March 23 globally. OnePlus also announced its partnership with Hasselblad for the OnePlus 9 series and this confirms all the leaks that suggested that upcoming OnePlus flagships will have Hasselblad camera modules.

This points to the moon-themed teaser and gives us an idea of the camera performance on the new OnePlus 9 smartphones. To give you context, Hasselblad sent the first camera to the moon with the Apollo 11.

OnePlus devices always had a great performance but when it comes to cameras, they are not that good as compared to the Samsung flagships and iPhones. Now with the new Hasselblad sensors for the OnePlus 9 series, we can expect some great performance on the new flagship smartphones by OnePlus. 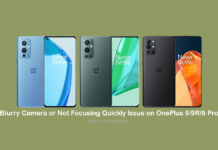