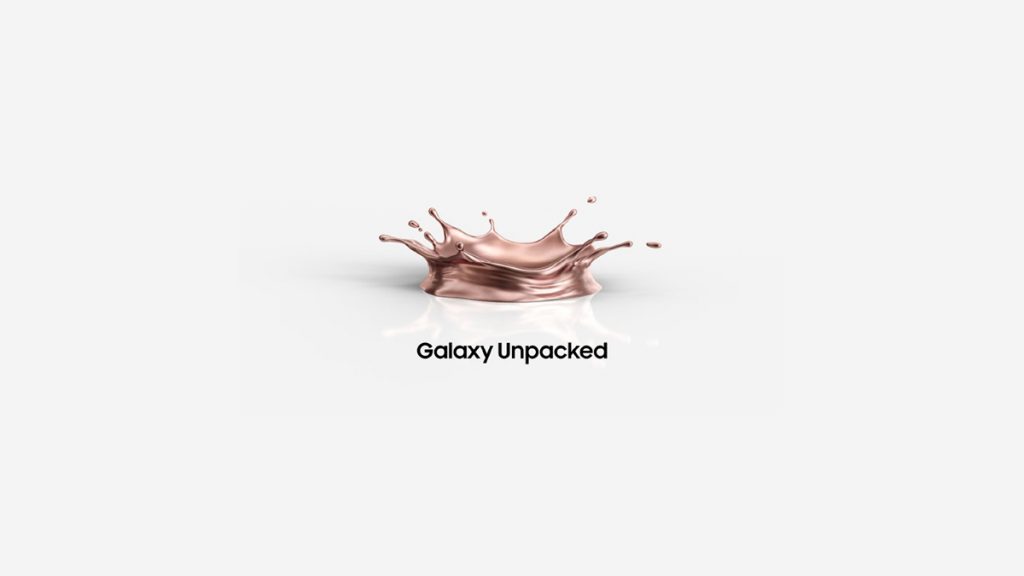 Samsung Galaxy Unpacked 2020 is scheduled for August 5, the company has confirmed that they are going to organize a launch event for their upcoming Samsung Galaxy Note 20 series, and other smartphones on August 5. The company is going to organize its bi-annual event virtually, due to ongoing Coronavirus outbreak all the events are either rescheduled or canceled, so Samsung Galaxy Unpacked 2020 is scheduled for August 5, at 10 AM ET through a virtual gathering.

A few days back, Samsung Galaxy Note 20 Ultra images have appeared over Samsung’s Russian website giving a strong hint of release and here we have the news, that Samsung Galaxy Unpacked 2020 event is scheduled for August 5. Samsung released a teaser of the event, and the video is pretty cryptic, it shows a metallic copper-colored droplet falling from a pencil-shaped material (S-Pen) and splashing. This may represent the color of the upcoming Note 20 Series and other inline smartphones from Samsung.

Well, there aren’t many rumors regarding the Samsung Galaxy Unpacked 2020, what to expect and which devices are lined-up. Although a smartphone of Note 20 Series is already leaked with some images, else we don’t have much information. We can expect at least two Galaxy Note 20 models- an already leaked Galaxy Note 20 Ultra and another one maybe a smaller version of Galaxy Note 20.

Also, we can expect that the Note 20 Series will follow-up by Galaxy Z Fold 2 model, this will be added onto the Galaxy Z Flip model launched last year. The device is speculated to be shipped with an internal 7.7-inch large display, with a cut-out camera similar to other flagships from Samsung.

Finally, it is also rumored that Samsung Galaxy Unpacked 2020 event will also announce the Galaxy Z Flip 5G which is already revealed by China’s TENAA certification center. It is speculated to feature with Qualcomm Snapdragon 865 Plus Processor. Well, we don’t have any confirmed statements from the company, so we have to wait until the next announcement.