Techlatest Weekly news roundup week 3, in this article we will discuss all the major happenings and important announcement took place in tech industry last week. This post will be a combinative abstracted version of all the important and fascinating launches and changes that occurred in the tech society. This article will be the collection of all the most popular and hottest announcements, leaks, rumors, and launches of last week in the tech industry.

This week we experienced various announcements, leaks, and many other happenings. In the initial day of the week, we saw Google has launched a new casting device which is competing with Amazon’s Firestick, which was followed by another news in which Microsoft’s GitHub is replacing coding terms like ‘Master’ and ‘Slave’, afterward, we saw Intel is adding Hardware-based Malware Protection to their CPUs, and all these news are followed by other exciting ones.

So, let’s have a quick tour of TechLatest weekly news roundup 3

Google has Chromecast as its casting device to counter Amazon Fire TV Stick, yet the gadget is currently confronting significantly more rivalry from Amazon and different brands. Another gadget codenamed ‘Sabrina’ has been leaked on various occasions. An ongoing break in the firmware, spotted by XDA Developers has given more data about the casting devices. The firmware shows support for 4K spilling at 60fps and support for HDR and Dolby Vision.

GitHub, a Microsoft-owned organization that gives hosting to programming improvement, is dealing with removing coding terms like “master” and “slave.” In programming, the expression “master” can allude to the main form of software projects off which variations are made. On Thursday, GitHub CEO Nat Friedman answered to a tweet from Una Kravets, about the tech network finding a way to rename certain terms – especially, to switch that of the default branch structure from “master” to “main.”

Intel to Add Hardware-Based Malware Protection to Their CPUs

This is the fourth but most amazing news of this Techlatest weekly news roundup Week 3. Riot Games has announced the first steps it is taking in the world of pro-Valorant, by announcing the Valorant Ignition Series, which features tournaments hosted by third parties. The Valorant Ignition Series will kick off this weekend with the G2 Esports Valorant Invitational, a €15,000 tournament that will feature eight teams competing from June 19 – June 21.

The 11 Weeks of Android just kicked off recently and we have a lot of good stuff coming up. There’ some new conversation features and along with it Google also unveiled some details about simplifying the password processes for Android apps with one tap. One Tap will support Block Store by the end of this year and One Tap and Block Store will be the part of the unified Google Identity Services(GIS) library for Android and this will replace the Google Sign-in and Smart Lock for passwords.

Nokia has Teased a New 5G Phone with Snapdragon 690 Processor

And here we reached to the second-last news of Techlatest weekly news roundup week 3 Apple may launch its first 5G smartphone at the end of this year. From 2019, the Cupertino giant is rumored to feature a Qualcomm X55 5G. But now with a recent report from the DigiTimes stated that a Taiwanese publication claims that the Apple 2020 iPhone will feature Qualcomm’s latest X60-5G modem.

Here we are with last news in TechLatest Weekly News Roundup week 3 which says that Google has for some time been taking a shot at a wireless file-sharing technology on the lines of Apple’s AirDrop. Nearby Share was initially called Fast Share. It was once expected to be accessible just on Android. Notwithstanding, reports presently propose that it may be accessible on every single significant stage, including Windows, macOS, Linux, and Chrome OS.

Here, in TechLatest Weekly News Roundup week 3, we have seen all the important announcement happened last week in the tech industry. This is a unique method to have a quick look at all the latest announcements happening in the tech world. 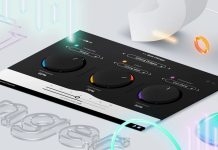 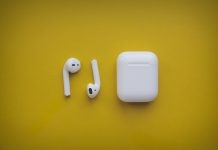 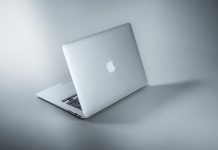 Why is My Mac Fan So Loud?