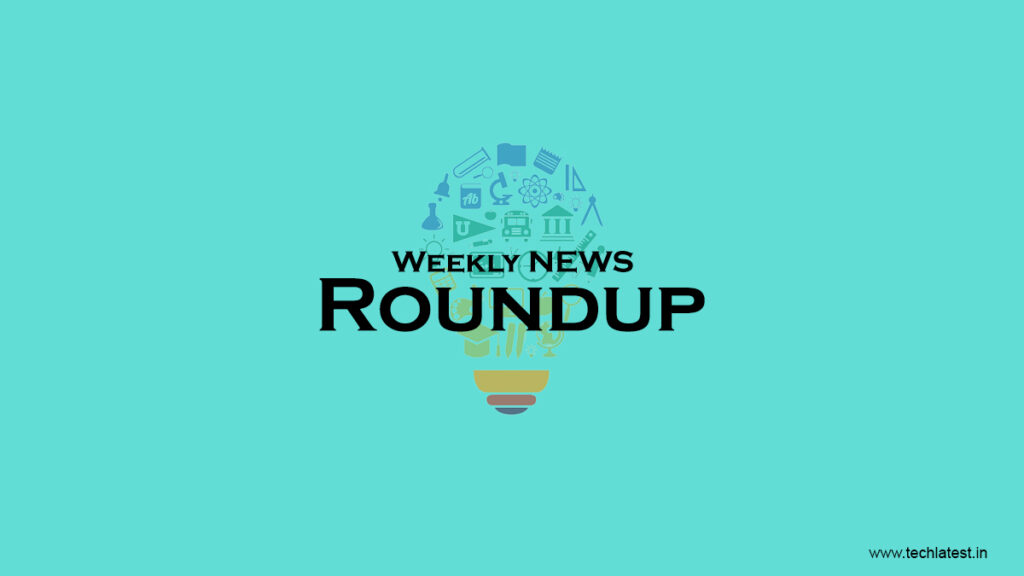 TechLatest Weekly news roundup week 2, August 2020 – in this article we will discuss all the major happenings and important announcement took place in tech industry last week. This post will be a combinative abstracted version of all the important and fascinating launches and changes that occurred in the tech society. This article will be the collection of all the most popular and hottest announcements, leaks, rumors, and launches of last week in the tech industry.

At the starting of this week Google launched its most awaited Google Pixel 4a with Snapdragon 730G and some other fascinating specs. And then next day we got to know that Microsoft teams has extended limit of its paticipants upto 20,000 people. This news was followed by another good news for Android users that Airdrop’s rival nearby share finally arrived for Android users. After this some internal leaked documents confirm that Pixel 5a, and Foldable Pixel with two other smartphones are coming next year. All these news followed by some amazing stuff.

So, let’s have a quick tour of TechLatest weekly news roundup Week 1, August 2020:

Microsoft Teams Can Now Host Meetings with up to 20,000 People

Virtual meetings are the new normal now, and there are many apps for that. When this whole COVID-19 pandemic forced people to work from home, we saw many video-calling apps that could hold a good amount of people in an online meet. But now we are talking about an insane amount of 20,000 people, yes Microsoft Teams apparently supports it.

Leaks Suggest that Pixel 5a, Foldable Pixel are Coming Next Year

Some internal leaks suggest that Pixel 5a, Foldable Pixel are on its way and coming next year. An internal document from Android suggests that Google has lineup its Pixel 5a, foldable Pixel, and some other smartphones for the fourth quarter of next year. According to a report from 9to5 Google, an internal Android document …

Samsung’s Unpacked Event 2020 held on 5 August 2020, Samsung has made some biggest announcements at its bi-annual virtual event. The event was conducted online through the virtual gathering. Samsung launched its most awaited Samsung Galaxy Note 20 Ultra that is featured up with powerful specs and Galaxy Tab S7, the Galaxy Watch, The Galaxy Fold, and the Galaxy buds.

PUBG is one of the most loved games around the world and especially in India. OnePlus is also a very loved brand in India, OnePlus’ partnership with PUBG Mobile is all set to bring the “world’s first 90 FPS gaming experience to the popular tactical tournament game on OnePlus devices”.

WhatsApp testing most-awaited and very exciting self-expiring message feature for Android users. This feature is similar to self-destroying or self-deleting messages that we have seen in other messaging applications. According to WABetaInfo, “The feature “Expiring messages” is one of the biggest…

Twitter has already announced that it will be making big changes in the UI so that the experience is more wholesome. With that in mind, Twitter will be making quotes( also called retweets with comments) visible on each tweet. A Twitter spokesperson wrote to The Verge, “A few months ago, we’ve made Retweets with Comments …

So in TechLatest weekly news roundup week 2, August 2020 we have seen all the important announcement happened last week in the tech industry. This is a unique method to have a quick look at all the latest announcements happening in the tech world.