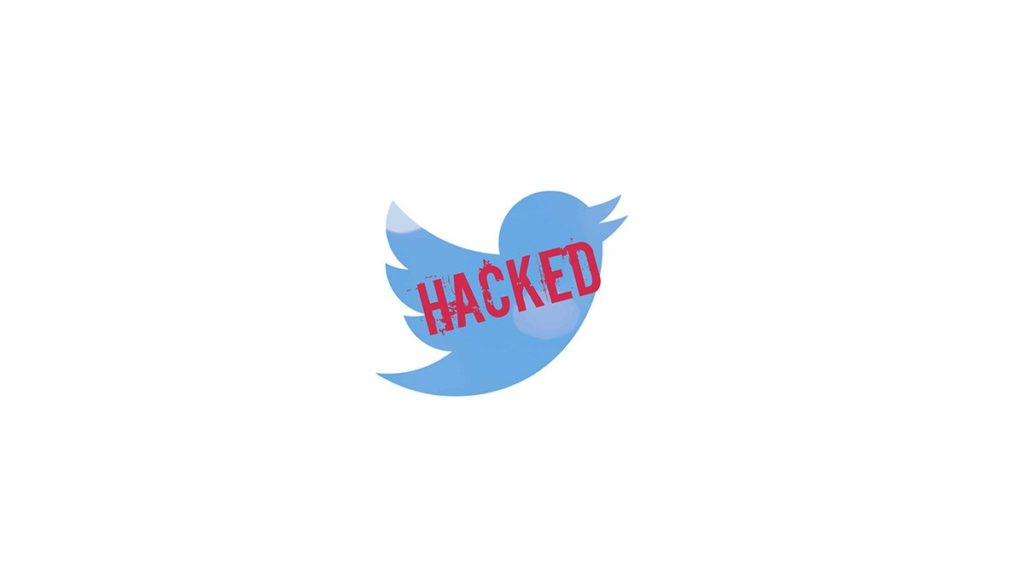 Some most famous personalities/celebrities including Microsoft Owner Bill Gates, Amazon’s CEO Jeff Bezos, Tesla CEO Elon Musk, and some other’s Twitter account are hacked on Wednesday, Twitter is said to be the most secure social networking site and its security is breached Yesterday.

The hackers posted a similar tweet in all of the accounts, which was seems to be promoting bitcoin scam. The posted tweet was beseeching contributions via Bitcoin on the validated prominent Twitter profiles yesterday. .

According to a tweeted post on Microsoft’s founder, Bill Gates Twitter account said that “Everyone is asking me to give back, and now is the time. I am Doubling all payments sent to me by BTC address for the next 30 minutes. You sent $1,000, I send you back $2,000.” And then a BTC address has been provided at the end tweet was saying that “Only going for 30 minutes! Enjoy! “

And similar tweet was posted on the official Twitter account of Elon Musk and on some other prominent companies and celebrities accounts too, the tweet was promising to double the bitcoin data if sent to a provided address.

The Other Hacked Accounts

The Twitter accounts are hacked not only of one or two famous celebrities – a number of famous people accounts were affected and asking for bitcoin, some of the other affected account includes:

According to The Verge, Entrepreneurs Cameron and Tyler Winklevoss also had their accounts hacked. After this most of the tweets are deleted instantly, while others are retweeted for a number of times.

According to the CEO of SocialProof Security and cybersecurity expert Rachel Tobac, “This is massive, This is most likely the largest attack I’ve ever seen. We are extremely lucky that these attackers are monetarily motivated and not sowing mass chaos all over the world.“

The hackers also shut down the network partially, and that’s why some users were unable to tweet over the biggest social media platform. The hack isn’t confirmed yet, what actually happened? whether Twitter’s own internal system control was compromised or something else. The scam tweets were posted at 4 PM ET onwards and this scam lasts for more than two hours.

Twitter recognizes the situation after an hour and writes on Twitter Support “We are aware of a security incident impacting accounts on Twitter. We are investigating and taking steps to fix it. We will update everyone shortly.” Then after a few hours at 7:18 PM ET, Twitter updated another Tweet which was saying that “We’re continuing to limit the ability to Tweet, reset your password, and some other account functionalities while we look into this. Thanks for your patience.”

Another tweet was posted by Twitter at 8:41 PM ET, saying “Most accounts should be able to Tweet again. As we continue working on a fix, this functionality may come and go. We’re working to get things back to normal as quickly as possible.” Everyone got shocked by such a huge attack in which Twitter accounts are hacked.

But this repairing gave huge time to the scammers they got nearly $118K valued Bitcoin. According to a tweet by The Hacker News, “DO NOT PAY; IT’S A SCAM! The #bitcoin address used in this scam has already received 12.8 BTC — nearly $118,000. ” And this is the biggest crypto attack/ cyber scam till now in which Twitter account are hacked and asked for the Bitcoin.

Also, Rep. Alexandria Ocasio-Cortez of New York tweeted: “Hey everyone — there seems to be a large Twitter attack right now targeting large accounts. Please be vigilant about any bitcoins scams and do NOT click on any suspicious links. Just in case, if my account tweets any bizarre links related to cryptocurrency, do NOT click on it.”

Screenshot of All Tweets (Gallery) 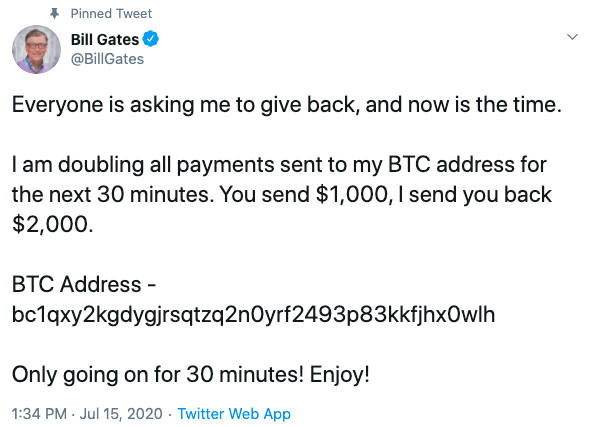 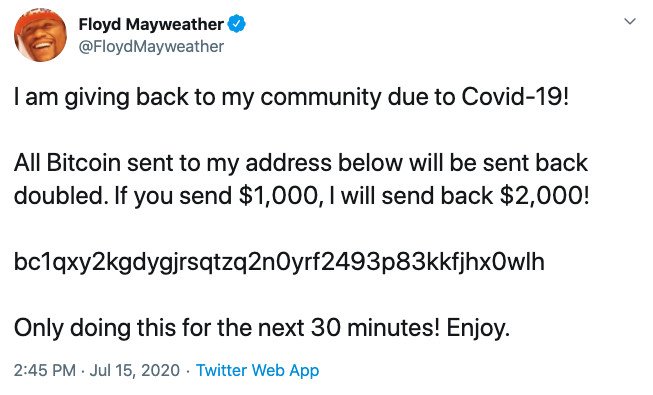 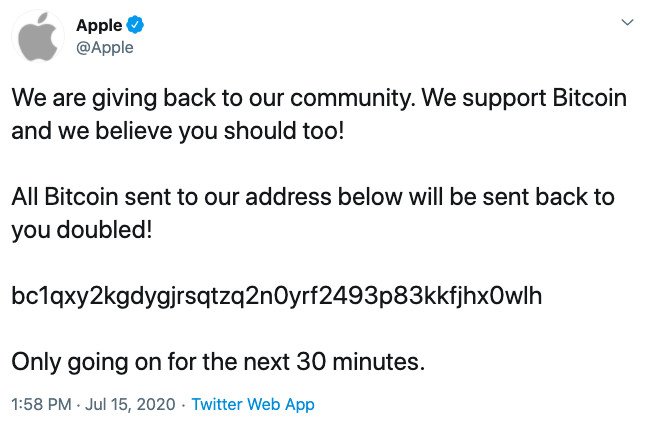 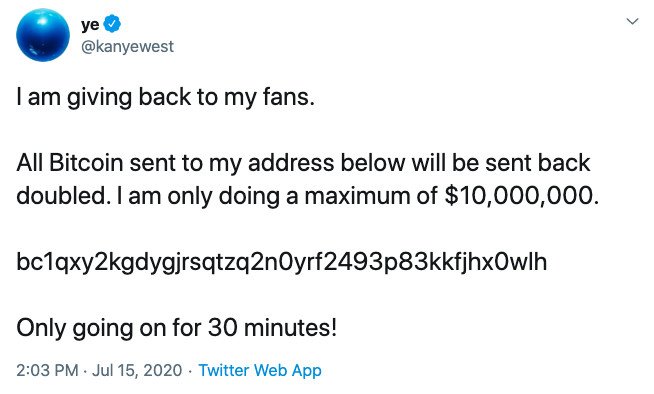 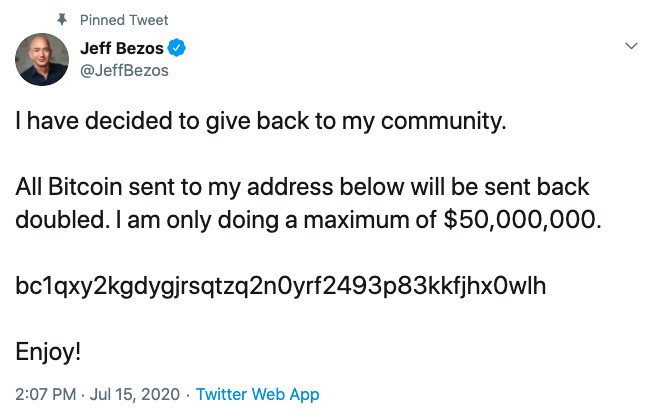 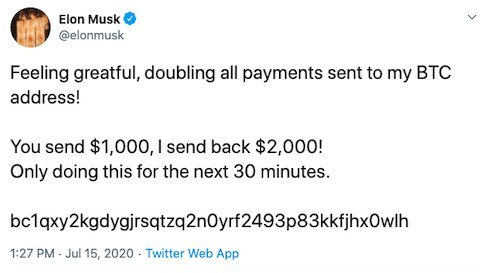