We welcome you to our Buying Guide special series. In this series, we try to take you through the very basic things that you must keep in mind before you head out to buy some gadget. In this edition, we are going to present you with our VPN buying guide.

What is a VPN?

VPN (Virtual Private Network) is a private network that works across public networks, in simple terms, a VPN connects your device through the internet by routing you through a server this helps in increasing web security and privacy. VPN works as a private tunnel between your computer and the Internet which passes through a server, that server is located in some other country. No one even not your ISP can know about your surfing, whatever you are doing over the web is only up to you.

Why VPN is necessary?

VPN (Virtual Private Network) is necessary to secure your online privacy. Isn’t it awkward if you get to know that someone is spying on you, whatever you do over the Internet is being tracked and recorded by someone, this is cheap and awful? But many of the leading organizations even our government, our ISPs keep an eye on us always. Nothing is secret in the world of the Internet.

If you need to protect your privacy, so you should use a VPN service. How cheap it will be when you are using some platform over the Internet to consult with a doctor, you need to protect your privacy that’s why you used the Internet, but here also everything is been recorded. Similarly, we have various doubts which cannot be asked of anyone and we search them on the Internet but here people are spying on us, that’s why you need a VPN.

Now that we know how important a VPN is in today’s world, the important thing to do is to select a good one. Here are some of the factors that you need to keep in mind before buying a VPN.

All of the VPN will give you speed loss when you will use them. We have tested various VPNs and found that on average any VPN suffers from a speed loss of about 20%-30%. So the deciding factor comes down to your need.

If you are using a VPN to bypass country restrictions on OTT platforms, then you should really go for a fast VPN. If you just want to access some banned websites to read content, then you can adjust with the speed loss.

Selecting a VPN varies person-to-person depending on their needs. Different VPN services serve different needs. If you are looking for a VPN that can work great for your house, then a router-based VPN with unlimited simultaneous connections would be a great fit.

If you want a VPN for streaming purposes, then you would want a fast and reliable VPN service that has unlimited bandwidth. And allows torrenting too.

People who use a lot of public Wi-Fi would want a VPN with good security and encryption. Overall, just try to know your needs well and then search for the fasted, or more secure, or whatever fits according to your needs.

For example, if you want to bypass the country restrictions on OTT platforms like Netflix, you would want your VPN to have streaming services optimization. NordVPN does it with ease.

Some VPNs have the No-Log feature that is really essential if you want to be anonymous on the internet.

Some of the things that are really good to have on a VPN are:

From a personal experience, some of the VPNs actually have a very terrible interface and it is always quite a hassle to set them up. So just look for the VPN services that have a very clean user interface.

Some VPNs offer a one-touch setup which is really cool and that is how every VPN should do it. Even more exciting, some VPNs have a virtual set up so you don’t even have to do anything.

For example, China is known to implement a lot of restrictions on the Chinese people and the content that they access on the internet. A lot of VPNs don’t even work in China so you want a VPN that can work on most locations and has a lot of servers globally.

Although, majority of the VPN services are available for common platforms like Android, Mac, iOS, Windows, and Linux, still some VPNs are not compatible with all the major platforms.

Just make sure to select a VPN that is compatible with all the platforms and offers a number of simultaneous connections if not unlimited.

Privacy and security are two of the most important aspects of using a VPN. Essentially, a VPN is used to keep your privacy safe from the government, ISPs, and other notorious sources.

In order to get a safe VPN with good security and privacy features, make sure that your VPN has an advanced 256-bit AES in place.

The country of jurisdiction also plays an important role as some VPN services might be forced by the government to share data with them. So what you want is to have a VPN service that is based in a country with strict privacy laws.

We often ignore this feature in most of the other cases. However, it is very important to have reliable customer service when it comes to VPN. Why? Well, VPNs change frequently so you definitely want someone to help you keep track.

Generally, you should look out for VPN services that offer 24/7 customer support with a live chat feature as emails and tickets take a lot of time to be addressed.

It is often nice to buy a VPN service with their long-term plans as they offer heavy discounts on the long-term plans. Some VPN services also let you pay via Bitcoin, gift cards so that your personal information isn’t shared anywhere.

Free VPNs aren’t good as they do not charge you with money but they are often compromised on security-end and offer poor streaming quality.

So that was all to our VPN buying guide. We hope that this guide will help you in selecting the right VPN and you will buy the right VPN using our VPN Buying Guide. We have reviewed some VPNs and the reviews are totally unbiased and reliable so you can also read them for reference. 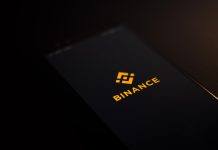 Which VPN is Best For Binance?

What is Freedome? Is it Safe to Use? 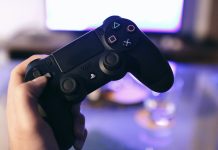 How to Use VPN on Your PlayStation 4?