You can do pretty much everything with your smartphone and with the big displays, it is easy to watch some good content on a phone. But there are some times that you want to watch something on a big screen like that of TV and that is where you want to mirror Android or iOS screen to TV.

Well, all thanks to screen mirroring, you can easily mirror Android or iOS screen to TV and watch the content on your big screens.

In this article, we will show you how to mirror Android or iOS screen to TV and watch the content on TV using simple steps.

How to Mirror Android or iOS Screen to TV

Most of the smart Android TVs have Chromecast built-in and you can use that for screen mirroring but if you have a non-smart TV, you can also buy a Chromecast device and plug-in to make your normal TV a smart one.

Note: If you are plugging Google Chromecast into a non-smart TV then plug in the device and change the TV output to HDMI and download Google Home App from Play Store and click on Get Started in the Google Home app and set up you Chromecast device following the instructions. For Android TVs with built-in Chromecast, set up your Google Home App in your Android device too

After successful setup of your Chromecast device and Google Home App, follow these steps:

Step 1: Connect your Android device to same Wi-Fi network as your Chromecast device or Android TV with built-in Chromecast.

Step 3: In the top-left corner, click on the three lined icon and select ‘Cast Screen/audio”.

That is it and you are all set. You can also ‘Disconnect’ and stop mirroring from the same menu.

The cheap Internet TVs from Samsung, Sony, and LG use Miracast. And to cast your Android device using Miracast is very simple. Just open your Android device’s Wi-Fi and then go to Cast from slide-down menu or settings, find your device, and start mirroring. It is fairly easy.

iOS does not support screen mirroring via Chromecast. However you can play music and videos from you iOS device using the ‘Cast’ feature. If your iOS device is connected to the same network as your Chromecast device, you will see the cast icon in the top-right corner of your preferred app.

Step 1: Connect the Apple’s Lightning to Digital AV adapter to your iPhone

Step 2: Use HDMI cable to connect the adapter to your TV.

That is it and you are all set.

Step 3: Connect your TV and iOS device to same Wi-Fi network and launch the app on both.

Step 4: When the App detects your TV on your iOS device, tap on it.

Step 5: Go to ‘Control Center’ and from the top-right corner drop down menu, select ‘Screen Mirroring’  and tap on the name that reads, ‘Apowersoft’.

That is it and you are all set.

So these were some of the methods by which you can mirror Android or iOS screen to TV. Use these methods and do let us know. 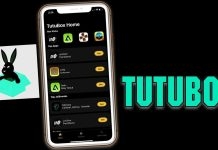 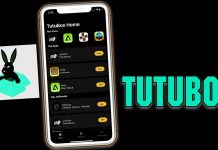 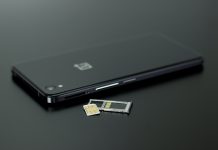 How to Fix Sim Not Provisioned Error in iPhone?