Single-player games are fun, but we all know nothing beats the thrill and excitement of playing a game with a bunch of friends sitting beside you and constantly throwing taunts at you to man up and face the music.

We have all played couch co-op games when we are kids, and some part of us still want to get that feeling back.

And so today, we have scoured through the depths of the internet to find some of the best modern-day couch co-op games to get that hit of Nostalgia in 2022.

There are many out there, but we have shortlisted the top 5 of the best couch co-op games for you to put down on your list.

Based on the Evil Dead franchise, Evil Dead The Game is a horror survival title developed by Saber Interactive. The game features intense co-op gameplay featuring Ash Williams and Kelly Maxwell. Loaded with deadly weapons and insane survival techniques, evil dead lets you fight through hordes of enemies with your partner’s help.

If you are not one for team-play, Evil Dead: The Game also features brutal PvP multiplayer mode pitting you against Ash and other survivors for some gruesome gore-filled action. It’s an exciting game to play with your friends if you love the horror-survival genre.

Redfall is one of my favorite upcoming couch co-op multiplayer titles on this list, and for the very right reasons. Coming from Bethesda, Redfall is an exciting first-person shooter with exciting new features to take you on a wild ride in a world full of bloodthirsty vampires and other monstrosities.

Redfall lets you play both alone in single-player or tag alongside your friends in this fight to slay through hordes of enemies before they do.

From deadly weapons to powerful supernatural abilities, the game appears to combine some of the best features from other FPS games with innovative gameplay that’s never been experienced before. It is definitely one of the best titles to put down your list and wait for.

Sons of the Forest

If you are a fan of The Forest, well then, look no further because Sons of the Forest is already in the works and has been for some time as a sequel to the original horror-survival title. Many of your favorite killing machines are expected to make their way in this new title with a ton of new and spooky content.

The sequel seems to be taking things to a whole new level with much-needed improvements, and while the developers have been silent about the game, there are many speculations as to what the fans can expect from the title.

Sons of the Forest is expected to be released sometime in October 2022. If you haven’t played the first game, I highly recommend you do so while waiting for the sequel to drop.

Have you ever thought of accidentally shrinking yourself and surviving the dangers of an insect’s world that have now become monstrous?

Ants, Spiders, Centipedes, every little thing that we could have easily crushed is now out for blood, and you have to do everything in your power not to let that happen.

Smalland is all about packing those big adventures in a tiny world full of dangers at every corner and crevice. Team up with your best buddies and try to survive through the horrors of this world in exciting co-op multiplayer mode. Be smart about every step you take, as it could be your last one.

This list can not be completed without having at least one zombie-survival title, and Survival Machine might just be one of the most innovative takes on this exhilarating genre.

Survival Machine is an upcoming post-apocalyptic zombie-survival title where the players have to build up their defenses on a constantly moving machine.

Going through a variety of different biomes, players have to fend off the army of the undead. Gather resources, craft items, build defenses and explore this vast world through wild expeditions. Unlike many other games in this genre, Survival Machine seems more casual and fun than gruesome.

These are a handful of the many exciting couch co-op games that we are super excited to see making their way into the market. Hopefully, this list will give you a few good games to put down on your list and keep an eye out for in 2022! 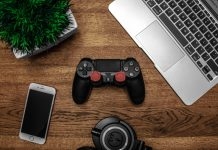 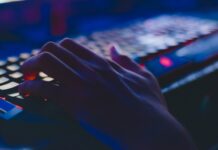