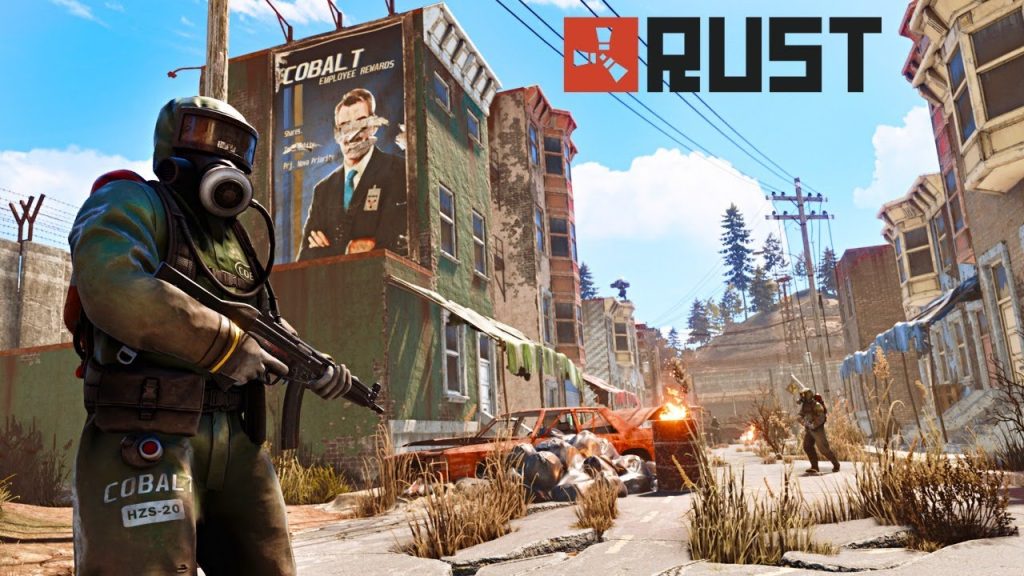 Playing any game solo is as hard as it can get. Such moves mean that you’re alone and will face anything that happens alone.

For instance, you’re easily killed when you meet a group in combat. Also, you won’t be lucky if any group comes across your base because you’ll become an easy target for them.

So, how do you survive the harsh world of Rust alone when others are in groups and willing to kill and loot you?

That’s the essence of this article; we’ll be sharing some amazing tips to help you live and fight alone on Rust. Also, you can grab some Rust Hacks and Cheats to simplify your existence a bit in the game.

Keep reading to find more below.

Tips to Survive Solo in Rust

1. Never engage in an early fight

When you land in Rust, you’re only holding a torch and a rock. These tools are not for fighting, and it’ll be wrong to fight anyone at that time.

So, the best method to avoid such a suicidal challenge is to avoid other players who might see you. Now, if someone locates you and wants to start a fight, run as fast as possible.

Once you’ve crafted the weapons you need to at least defend yourself in Rust; you can be prepared for such fights. So, as you avoid such fights, make sure you gather the stones and wood to craft the wooden spear.

You can gather more tools to craft the stone hatchet, a bow, arrow, and pickaxe. All these will help you if any fight locates you.

2. Don’t move or cook at night

Anyone familiar with Rust knows that light attracts enemies like bees to honey. So, movement and cooking shouldn’t be done at night.

Instead, do so during the day, and when the darkness covers, find your base and rest. But let’s say the night meets you, or you don’t have a base yet; find a rock formation or even a thick bush to wait out the night.

When it is day again, you can move and cook freely. The truth is that moving about in the night with your touch will attract attention. Also, if you cook at night, the fire will alert others of your location, and they’ll find you.

3. Hide your base away

Hiding your base is crucial to your survival. If you build in an open place, many other opportunistic players will come and kill you for your goodies.

The best thing is to build your home where it’s not too visible for wandering players. For instance, you can build it inside or behind a rock formation. You can also build it by the cliff to avoid overexposing yourself.

Other places to build are a dense forest, a rocky place always covered with snow. The aim is to keep your base away from the sight of others who move around the map. But it should be at a place where you can get to it no matter where you’re coming from.

Even though you’ve hidden your base away from others, make sure you stay watchful. Whenever any player is moving close to you or around you, keep watching him.

Don’t confront the player, but if he proves to be a threat, you can ambush him to have a better chance of winning the fight. If you see other players going for a raid, remember that you’re playing solo and hide from them. You don’t want to be killed.

So, hide away from them and make sure you’re movement is silent to avoid attention. Also, as you crouch, listen for the footsteps of other players to identify their location and know how to run.

Playing solo is tough when it comes to fights on Rust. So, the best strategy you have is an ambush. Once you notice an enemy player, crouch and gradually move closer to him.

You must be quiet and not attract attention until you get very close to him. Once you’re close enough to attack, do so as fast as you can and never give him the chance to retaliate. Also, if you’re attacking with your weapon, always go for the head and if you miss, run and never look back.

Playing Rust Solo is indeed hard, but it’s doable. All you need to do is follow the tips we’ve shared above. Don’t fight without weapons at first, and then hide your base away from prying eyes.