Best TikTok alternatives, here we need to discuss this topic because, on June 29, 2020, the Indian Government has banned 59 Chinese apps, including some widely used and useful apps too. This is a considerable decision taken by the government amid the war-like situation between India and China.

The government claimed that the decision is taken “to maintain the security and integrity of user’s data, the banned apps were posing threat to the sovereignty and security of the country“, while many other people are saying that this is another manner of insulting China by boycotting Chinese products.

Apart from all these things, now Indians will no longer be able to use many famous and widely used apps including the Overhyped short video making app TikTok, UC Browser, and CamScanner. So, we all have to replace all 59 apps with some best of their alternatives to maintain our workflow without any thwart.

TikTok is a free social media app that lets you watch, create, and share videos — often to a soundtrack of the top hits in music — right from your phone. It was originally available as musical.ly in the U.S. but was rebranded when the two apps merged in August 2018. With more than 1+ Billion users, Tik Tok was incredibly popular, owing in part to its slick mash-up of features from other kid favorites.

So, here are the few best TikTok Alternatives available right now that will replace your TikTok experience in no time:

Chingari app is a short videos platform pretty much like TikTok but it also has a news and games section in the app. The app is developed by the Bengaluru-based team lead by Biswatma Nayak and Sumit Ghosh. They saw the potential in an Indian alternative to Tiktok and snapped the opportunity towards putting it to a useful purpose! Chingari got a whopping positive response in India. It got viral and currently has over 1,000,000+ installs at the time of writing this post. It has an excellent 4.7 rating too.

Funimate is another and best TikTok alternative, you can create your own video as you want, you can perform numerous video customizations and make your video more fascinating.

Advertised as a surprisingly fun way to create looping videos, the Funimate app is similar to TikTok and Likee, where users can create short videos and edit them with different filters and effects. More equipped for a young demographic, Funimate is especially popular amongst children.

Roposo is an original video creation app made for India, developed by 3 IIT alumnus Mayank Bhangadia, Avinash Saxena, and Kaushal Shubhank. It is available in many regional languages, including Hindi, Tamil, Telugu, Bengali, Odia, Assamese, Kannada, Gujarati, Punjabi, Marathi, Malayalam, etc. This app has also got some community features like collecting coins by which you can become a rising star.

German-based app Dubsmash debuted in November 2014. One of the first apps of its kind, Dubsmash was initially very popular, garnering over 50 million downloads from users in 192 countries, including several celebrity profiles. The app allows users to record videos of themselves lip-syncing to various audio clippings of their choice. The app is available in 20 different languages, including Hindi.

So, these were some best TikTok alternatives you can download and use them, these apps provide a unique short video experience, and you will love exploring the Internet more and more.

And we can’t say anything about the decision taken by the government, if the Government has banned such a huge number of apps, knowing that this will affect users. If all the apps are banned as per our security so this is a great decision taken by the government, we can’t risk our privacy and security for any app, we will found the best alternative for them.

But if as said the apps are banned to insult China and affect their economy, then we are speechless. Let us think in a realistic manner because banning few products of the world’s largest market who wish to be the next superpower won’t let us win the war. It may show support to our Army and help us to be more nationalist, but this will hardly affect the Chinese Economy. 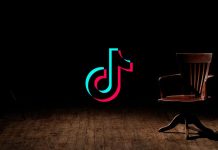 How to Get Unbanned from TikTok?

TikTok Shadowbanned: What Is It and How Do You Know If You’re Affected