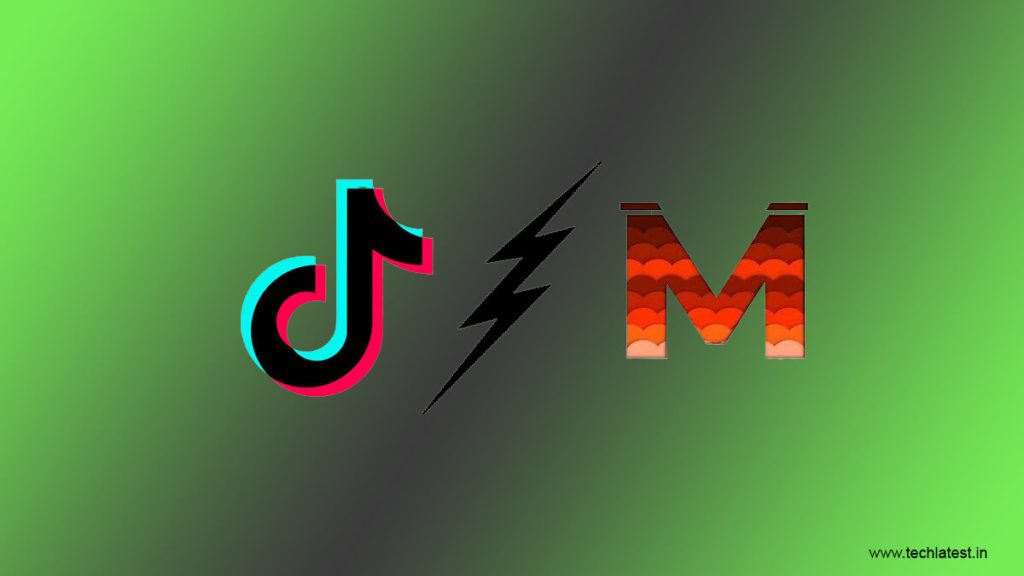 In the social-networking war of TikTok vs Youtube, another Indian app similar to TikTok got an advantage. We are talking about the overhyped TikTok rival Mitron app. The Mitron app is developed by a student of IIT Roorkee, Shivank Agarwal. The app hits more than 5 million downloads on the Google Play store, on an average of 5 lakh downloads per day. Mitron is an Indian competitor of Chinese app TikTok, the app got huge support and millions of downloads only because of the war between TikTok and YouTube a few weeks ago.

Those who were unfamiliar with TikTok vs YouTube, visit TikTok Rating Drops to 1.3 as Indian Youtuber’s Fanbase Exasperated

Here in this post, we will lift the lid off behind overhyped TikTok rival Mitron app, we will discuss and differentiate between both the application, everyone should know the reasons behind of extensive popularity of Indian alternative to the TikTok. Does Mitron is the best Indian substitute for Chinese app TikTok? Can Mitron outlast TikTok and become another app for the short-video creation? Let’s get started

Due to the controversy between YouTubers and TikTok’ers, most of the Indians supported YouTube and started giving a 1-star rating to the TikTok in Apple app store and Google Play Store, which cause a massive drop in the rating of the TikTok on App stores, the rating of the app dropped to 1.3 from 4.5 in just four days.

And between all these Melo-dramatic activities an Indian app Mitron comes into play and got benefited, all Indians are like “this is an Indian app and we must support our country and boycott Chinese products” if you go and search into Google Play Store most of the reviews mentioned this. As a result, the app crossed 5 million downloads and on average 5 lakh downloads per day.

So here we will compare both of the applications based on some criteria, at last, we will tell who is the winner of that round, and get to know the bitter truth behind the overhyped TikTok Rival Mitron App. Let’s find out the answer to all of our doubts, so let’s get started.

Before getting deeper into it, we are starting with the introduction.

TikTok- TikTok is a short-video making and sharing social networking service owned by ByteDance, and it was founded in 2012 by Zhang Yiming from Beijing-based Internet technology company. With the provenance of the app in 2016, firstly it was Douyin and launched in China, Later, it was renamed as TikTok and in the year 2017, it was available for both iOS and Android.

Mitron– Mitron is also a similar application as TikTok, it is a newborn software application and developed in April 2020 (around a month ago) by a student of IIT Roorkee, for now, the app is only available for Android. The Mitron is also a short video creating and sharing social networking platform where people can showcase their talent.

The app is of 8 MB in size, and it supports Android version 5.0 or higher.

TikTok- TikTok offers a genuinely nice, easy to use, user-friendly UI. All the handy options are available and accessible from the home screen, anyone who is new to the app can learn everything in just a few seconds. You will have all the options like Home, Explore, Create, Inbox, and Profile. at one page, and by default home screen is opened where you can scroll to view various entertaining content from numerous people throughout the world.

On the home page, you get the profile name of the video creator you can like, comment, and share the video. Moreover, this app allows you to see the content from the following and for your section too. TikTok offers you to create your profile on the platform and highlight your unique talent to the world.

Mitron- The Indian alternative overhyped TikTok rival Mitron app comes with a cloned UI as TikTok, everything seems to be the same, and if you were familiar with TikTok so it will take you no time to use the Mitron app. It has almost the same look, design, and templates as used in the TikTok.

Here too you have options like Home, Discover, Create Video, Profile, and by default, you are on the Home page of the app, from where you can access other pages of the app. Here you also get similar buttons for a profile, like a comment, and share, and some icons (a rotating music symbol inside a rotating CD player) like TikTok. But here it doesn’t provide options to view content from the Following and For You section.

Winner: – The winner of this round is Tie because both have the same UI as because Mitron is also using the same design and templates which are used by TikTok, so we can’t consider one as a winner.

TikTok- TikTok offers deluged hottest features to its users so they can customize their video. Users have hundreds of effects, filters including change background, moreover, it offers AR (Augmented Reality) Emojis and many more. It has basic editing tools too including crop, flip, the camera, timer, flash, beauty mode, filters, and many more.

This app also offers an option to Find/ Invite your friends. Moreover, with various options in settings, you can set your app on your manner. It is available in more than 10 languages.

If here we indulge TikTok’s features and functioning, so this article would be too long because the features of the app offer such an amazing, useful and diverse range of options we can’t write them all in just one paragraph.

Mitron- The overhyped TikTok rival Mitron app comes up with a bunch of features that can be counted on fingers. The app has lots of bugs and lacks. It will be quite shameful but when we tried to create the video in the app, we were unable to shoot the one, even we can’t upload our videos from internal storage too. After creating a video, it will either take you to the home page or the same screen, you will feel like you are wasting your time.

Moreover, it doesn’t offer any kind of video customization option not even basic editing tools, so we can’t expect other advanced video-editing tools from the app. If you go to create a video, you will see four or five options on the screen, one is to flip the camera, flashlight, add sound (in which also, you have selected sound options), a button to shoot video, and other to upload a video.

If you want to shoot a video so you need to press the shoot button until you complete the video and that’s ridiculous. Moreover, when we tried to upload a video using the upload button, it takes a minute to process it and again we are on the same page, it was too irritating. Even after trying for more than 20 times, we are unable to upload a video. The app should be taken for the review and rebuild, as it consists of several bugs it has a greater number of bugs than the features.

Winner:– Obviously, the winner of this round is TikTok. Mitron has to really work hard as the app has several bugs and lacks in so many cases. It is nowhere if we compete with TikTok.

TikTok– It is designed and developed in 2012 and now the app is so much popular globally, it has a global user-base. In the year 2020, the app has more than 1 billion downloads from the Google Play Store which is huge. Besides, this recent rating drop of the app, due to a 1-star rating by more than 9 million people in India. The app is popular throughout the world.

This app also offers an option to Find/ Invite your friends

Mitron- The Mitron is a newborn baby and still being famous thorughout the country, the app lacks lots of features but people downloading the app only for the sake and love of the country. That’s the only reason for Mitron to be popular, when people will really get into the app then they will realize about the lacks and missing features of the overhyped TikTok rival Mitron app. The app got more than 5 million downloads in a month.

Also Read: How to Permanently Delete Your TikTok Account

Winner: – The Winner of this Round is TikTok.

TikTok- It also offers some options of privacy through which you can take control over your video like who can view it, who can like it and more.

Mitron-The overhyped TikTok rival Mitron app doesn’t offer such an option, or we haven’t found one. Even the app doesn’t have any page for settings where you can do basic app and profile settings.

Winner:- Winner of this round is TikTok.

If the overhyped TikTok rival Mitron app wants to compete with a globally famous, strong app than the Mitron app developers really need to work hard in their app. Because right now the app has lots of errors and so many missing features, which are considered as important. You can’t even update your profile, if you try to update it so after you open the app again it will show the default one.

Indians are supporting this app in the flaunt of patriotism when they will start using the app, they will find it so annoying and waste of time. But if the app developer makes changes so it could be the Indian alternative of the TikTok, and we can’t say that it will take place in the global market or not with this buggy interface, it will still take time to get the same popularity and user-base as TikTok throughout the globe.