More
Home Evergreen Techs in 2019: Techs We Experienced this Year

Our era in a way has been defined by the technological advancements that we are witnessing, technology has become an inseparable part of our life. It would not be dramatic to say that one can’t function without a smartphone on them. So once which were items of luxury are essential devices for survival and it’s important to have the right devices on you to keep up with the times. So here are some of the relevant if not the most mindblowing tech of the year or we can say new techs in 2019.

Amazon’s Alexa and Google home have become a part of our households in a way that it is comforting and convenient and at the same time while the privacy issues are concerning, people have taken really well to the affordable Echo Dot and other such affordable devices which are not only there to dim your lights and feel fancy but also helps to keep you up to date and maintain your reminders.

Samsung’s Galaxy Fold had been in talks since the past year and it is no surprise that pre and post-launch there was a lot of buzz about the Galaxy Fold. And now the Galaxy Fold 2 is in the talks along with various other brands like Motorola and Xiaomi have announced their foldable clamshell phones already.

Gaming is yet again in its transitive stage, we are almost going to have a whole new generation of consoles and multiplayer games have taken over, gaming hasn’t been this social of an affair before. Technology like Virtual Reality takes it a step ahead with a more interactive yet human experience.

Animation and CGI have been enjoying the advent of ray tracing, helping to produce photo-realistic sights that no one could tell apart. As videogames are a bit more dynamic in the manner of its consumption, it was difficult to perfect the graphics for the same and although it isn’t still very commercial and mainstream of technology, we have been introduced to the fact that ray-tracing in gaming is here and will be developed further in the coming years.

This year saw a meteoric rise in the number of wireless earphones in the market, premium brands to affordable ones, everyone had their own take on it. Apple had launched its first-generation AirPods back in 2016 and now in 2019, Apple’s second-generation AirPods are a slight improvement over the first-gen with better audio and voice quality, longer talk time, and support for voice-activated Siri.

As if a scene out of a work of science-fiction, air purifiers, and pollution masks have become the new normal in the metropolitan cities of India. People are walking around with a pollution mask that has a supposed filter, investing in air purifiers for their homes so that they could come back home to breathe some fresh air instead of the other way around.

Impact of Jio’s affordable internet for as mobile network provider has revolutionized how India consumes content, it even introduced a major amount of the population to the internet for the first time in their life. In 2019 Reliance started providing their Home and Office fibre-broadband service commercially, Indian broadband providers have upgraded a lot in regards to stability and speed over the past couple of years.

Every appliance we use is coming out with ‘smart’ prefix now, and smartwatches have been around for a while now. And the seemingly fancy piece of tech has come under the utilitarian category in the past year or so. Different companies are having their own spin on it and giving the customers the options to choose from according to their budgets and needs.

Fitness Bands are not exactly a cheaper replacement for Smartwatches but they are certainly an affordable alternative. The investment in a healthy lifestyle is not complete these days without a fitness band on your wrist recording your pulse, steps, and calories. The fitness bands are here to stay as the market is being flooded with more and more of them every other month. Offering the customers a wider variety of choices.

This year we have seen a lot of technology changes, this is the last one but not least is Electic Vehicle. And this category is being ruled by none other than the Tesla Motors by Elon Musk. Well, we have seen a bunch of car brands showing interest in this field by didn’t overtake the Tesla empire.

Well, this list seems small but we really tried to cover those techs which were actually in focus or featured. So, guys, this is our version of Techs in 2019. Enjoy! 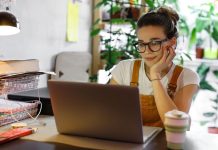 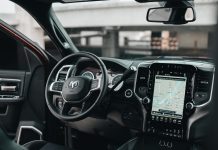 What Car Technologies to Expect in 2022 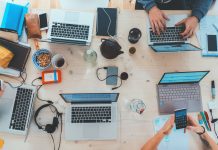 Revolutionizing the Workplace: 4 Tech-based Businesses Innovating the Way We Work